Thieves stole over $100 million worth of non-fungible tokens in the year to July, blockchain research firm Elliptic said. 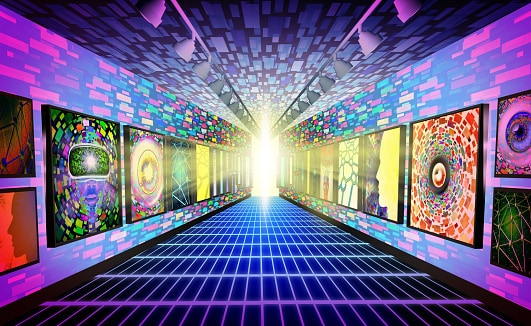 Thieves stole over $100 million worth of non-fungible tokens in the year to July, blockchain research firm Elliptic said on Wednesday, as the fast-emerging digital asset became a new front in crypto's hacking problem.

NFTs are blockchain-based assets that represent digital files such as images, video or text.

The market surged in 2021 as crypto-rich speculators spent billions of dollars on the assets, hoping to profit as prices rose. But since cryptocurrency prices crashed in May and June this year, NFT prices and sales volumes have plunged.

Scams remain rife in the NFT market even as it declines, with July seeing the highest number of NFTs reported stolen on record, London-based Elliptic said in a report.

Security compromises via social media have surged, accounting for 23 per cent of NFT thefts in 2022, it said.

Thieves received on averaged $300,000 per scam, Elliptic said. The true scale of NFT thefts is likely to be even higher, given that not all crimes are publicly reported, it added.

Hacks and scams have long plagued the crypto industry, while regulators around the world are increasingly concerned about the use of crypto assets in cyber crime.

Elliptic put the amount of money-laundering in NFT-based platforms at just $8 million. But almost $329 million worth of funds in the NFT market came from services such as so-called cryptocurrency mixers, which are designed to hide the funds' origin, Elliptic said.

One such mixer, Tornado Cash, was used for laundering just over half of the proceeds of NFT scams, Elliptic said, before it was sanctioned by the United States this month.

"There is a growing threat to NFT-based services from sanctioned entities and state-sponsored exploits," Elliptic said, citing a $540 million theft in April which US officials have linked to North Korea's Lazarus Group.