Indian Railways has announced two new trains each in the Tejas, Humsafar and Antyodaya services. 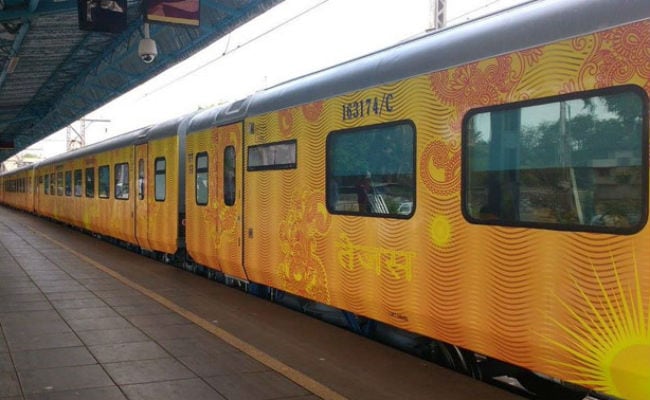 The new train timetable is applicable from November 1, 2017

The Railways said the date of introduction of the six trains will be notified later. Here are the six new trains to be introduced by the Railways:

The train between New Delhi and Chandigarh will operate six days a week except Wednesdays and comprise 12 coaches - nine AC Chair Cars, one Executive AC Chair Car and two Regenerative Cars, according to the Indian Railways.(Train schedule as shared by the Northern Railway on its website)

The carrier said the date of introduction "will be notified later".

The train between Lucknow Junction And Anand Vihar Terminal will also operate six days a week except Thursday and comprise 11 coaches including eight AC Chair Cars and one Executive AC Chair Car.(Train schedule as shared by the Northern Railway on its website)

The third among the six new trains announced by the Railways is a weekly Humsafar Express train service between Sealdah (Kolkata) and Jammu Tawi. This 18-coach Humsafar Express train will hail out of Sealdah on Monday, and from Jammu Tawi on Wednesdays, according to the Railways. The train will comprise 16 AC III Tier Cars.(Train schedule as shared by the Northern Railway on its website)

The new Humsafar Express train between Anand Vihar Terminal and Allahabad will operate on a tri-weekly basis. The train service will start from Anand Vihar on Mondays and from Allahabad on Wednesdays.(Train schedule as shared by the Northern Railway on its website)

The Railways will operate a weekly service between Darbhanga (Bihar) and Jalandhar City (Punjab). This Antodaya Express service will run with an 18-coach train comprising 16 General Class Cars.(Train schedule as shared by the Northern Railway on its website)

The new Antodaya Express train will start from Darbhanga on Tuesdays, and from Jalandhar City on Thursdays.

The sixth new train announced by the Railways is the weekly Antodaya Express service between Bilaspur (Chhattisgarh) and Ferozepur (Punjab). This train will have 18 coaches including 16 General Class Cars, according to the Railways.(Train schedule as shared by the Northern Railway on its website)

The Antodaya Express will hail out of Bilaspur on Sundays and from Ferozepur on Mondays.

Promoted
Listen to the latest songs, only on JioSaavn.com
Indian Railways will reduce the running time of close to 500 trains across zones from anywhere between 15 minute to three hours, news agency Press Trust of India reported citing officials in the November time table.