New Blue Coloured Aadhaar Card Launched: How To Apply And Other Key Details

A child's blue coloured 'Baal Aadhaar' card data does not include biometrics information (through fingerprint and iris scans), according to the UIDAI. 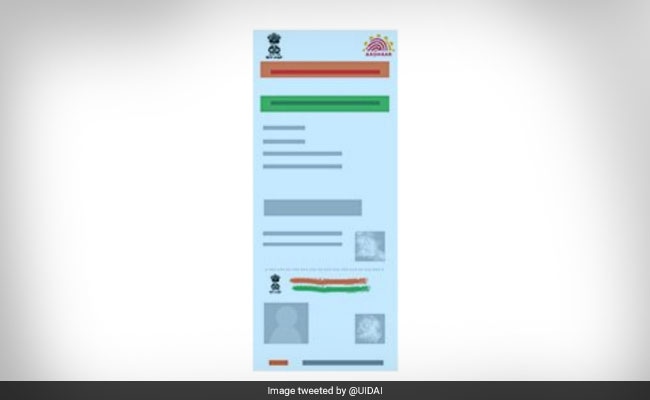 A child below 5 years of age gets a blue in coloured Aadhaar known as Baal Aadhaar. When the child becomes 5 yr old, a mandatory biometric update is required. #AadhaarForMyChildpic.twitter.com/5IBZRuo7Tr

When the child crosses 5 years of age, a mandatory biometric update is required. Pls take the child to any nearby Aadhaar centre for this FREE update. #AadhaarForMyChildpic.twitter.com/l3w6r7KbkD

Remember to update biometric Aadhaar data of your child at the age of 5 years and then again at the age of 15 years. This mandatory biometric update for children is FREE. #AadhaarForMyChildpic.twitter.com/XyQTMyYf2F

You can use your child's school ID (Photo ID issued by Recognized Educational Institution) for his/ her Aadhaar enrolment. #AadhaarForMyChildpic.twitter.com/0GQfgQMgUh

A child's Aadhaar card needs to undergo two mandatory biometric updates in future. The first biometric update should be done once the child reaches the age of five years, and another when he or she reaches the age of 15 years, according to UIDAI. For enrolling a child into the Aadhaar system, the child's school ID can also be used, according to the UIDAI. The child's school ID will serve as an identity proof for Aadhaar enrolment, noted UIDAI.

Steps to get a blue coloured 'Baal Aadhaar' card for a child (via UIDAI's official website):

3. Now, provide a mobile number that you wish to register with the blue coloured 'Baal Aadhaar' card.

3. A photograph of child will be clicked. In this case, no biometrics will be recorded as the age of the child is below 5 years.

Promoted
Listen to the latest songs, only on JioSaavn.com
4. After the confirmation, collect acknowledgements slip.

5. Once the verification process is completed, an SMS will be sent to the registered mobile number. Within 60 days of receiving this message, the blue coloured 'Baal Aadhaar' card will be issued to the child.
Comments
Blue AadhaarBaal Aadhaar