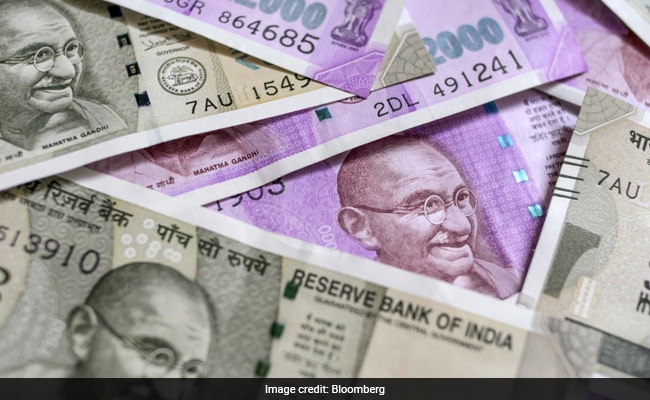 The health of shadow banks remained weak last month as a credit crisis continued to sting.

Among four indicators compiled by Bloomberg News covering areas including liquidity and share performance, three were stuck in the same position as the previous month, with two at levels indicating weakness.

Another gauge showed total outstanding debt increased at 50 financial firms and other companies impacted by the crisis, as banking-system liquidity remained buoyant given the central bank's monetary easing.

To be sure, the absolute amount of outstanding debt wasn't at alarming levels, and access to credit markets for healthier financiers could help get money flowing more efficiently again -- just what the flagging economy needs. But if more troubled borrowers continue to add rather than pare borrowings, that could prolong the crisis.

Authorities have taken more steps recently to help the shadow bank sector, which plays a vital role in getting money to everyone from small merchants to property tycoons. Some observers see an extended battle, as the nation's slowing economy complicates those efforts. 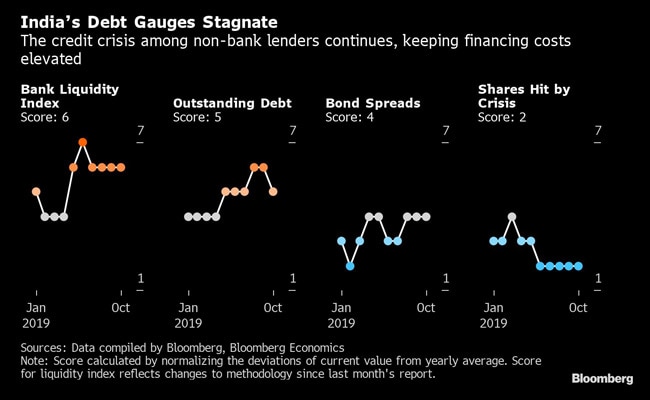 Moody's Investors Service recently warned that a prolonged credit squeeze among India's financiers may worsen, just as S&P Global Ratings said risks of contagion are rising in the financial sector. The premium that investors demand to hold shadow lender bonds over sovereign notes is persistently high and a custom gauge of shares of 20 financial firms and other companies impacted by the crisis remained sluggish.

To help creditors recover their money quickly from troubled shadow lenders, the government last week unveiled insolvency rules. The more than 15-month-old credit crisis has choked economic growth to its slowest pace in six years and company defaults on rupee bonds are at a record high. Dewan Housing Finance Corp. and Altico Capital India Ltd. are among lenders that defaulted this year, adding to the risk-off sentiment in local markets.

The scores attached to each of the indicators have been calculated by Bloomberg by normalizing the deviation of the latest value of the indicator from its yearly average and have been assigned on a scale of 1 to 7, with 1 implying weakness and 7 showing strength.