Mumbai Metro: Alstom will be involved in the design and manufacture of metro coaches for Mumbai Metro Line 4 and the extension corridor - Wadala-Kasarvardavali-Gaimukh. 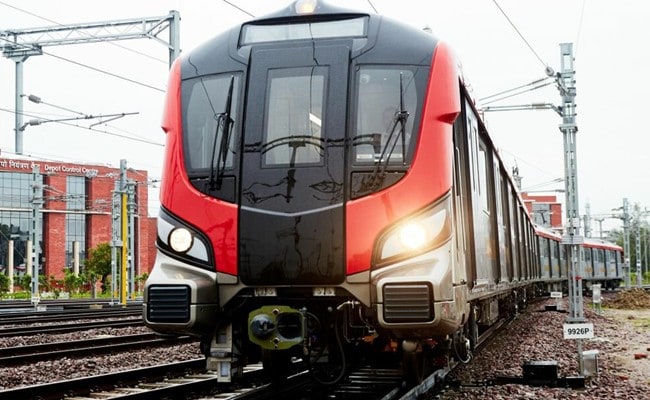 Mumbai Metro: The new metro lines will reduce the current travel time by 50-70 per cent

Multinational rolling stock manufacturer Alstom won a contract worth Rs 1,854 crore for the Mumbai Metro project to design, supply, manufacture, test, and commission as many as 234 metro coaches. According to a statement shared by the company, the contract is awarded by the Mumbai Metropolitan Region Development Authority (MMRDA). As part of the contract, Alstom will be involved in the design and manufacture of metro coaches for Mumbai Metro Line 4 and the extension corridor between Wadala-Kasarvardavali-Gaimukh. (Also Read: Alstom Wins Delhi-Meerut Rapid Rail's Contract For Signalling, Telecommunications )

The metro lines will result in reducing the current travel time by 50 per cent - 70 per cent, depending upon the road conditions. According to the statement, the metro line is a 35.3-kilometer-long elevated corridor with a total of 32 metro stations.

Meanwhile, Alstom also won a contract worth €3.5 billion from the Indian Railways authorities to manufacture and supply 800 fully electric super-powered double-section locomotives of 12,000 horsepower (HP). This project marked the biggest foreign direct investment (FDI) in the Indian Railways sector. With this contract, the country joined the league of nations to produce high horsepower locomotives indigenously. The locomotives are capable of hauling almost 6000 tonnes at a speed of 120 kmph.

Delhi Metro Adds 120 More Coaches: All 6-Coach To Be Converted To 8-Coach Trains