At June-end, the prices in Mumbai were 0.45 per cent lower than same quarter in 2018

Before the pandemic, Mayank Vora, 34, and his wife were struggling to afford a one-bedroom apartment in one of Asia's costliest cities. Now they are the proud owners of a two-bedroom home in a high-end residential complex on the outskirts of Mumbai they bought for Rs 1.09 crore ($150,000).

"What was unaffordable a few years back is now our dream come true," Mr Vora said. "Everything fell into our budget this time."

They're not the only one jumping in. Home sales in the city, India's commercial capital, jumped to an eight year high in October, according to data from Knight Frank.

It's an abrupt turnaround for a market that's spent three years in the doldrums after a prolonged shadow banking crisis strangled access to credit. At the end of June, prices in Mumbai were 0.45 per cent lower than the same quarter in 2018, according to data from the central bank.

India isn't alone in seeing a resurgence in property despite the grim economic backdrop - the likes of New Zealand and the U.K. have also seen prices jump. Rather than worrying about the prospects of a bubble though, in India authorities are grateful for the rebound.

With millions out of work, a resurgence in house sales and corresponding increase in building could boost output everywhere from banks to builders to consumer goods factories. Construction creates the most jobs in India each year. 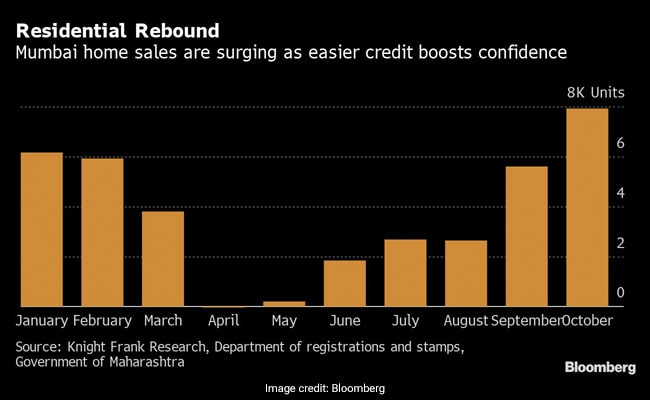 Already financiers are getting in on the act. Post-pandemic, mortgages are back in vogue among executives who see property loans as a relatively safe asset in a country where owning a house is a symbol of security and defaulting on loan repayments is a social taboo. Bad loans overall at the nation's banks are estimated to swell to a two-decade high of 12.5 per cent of credit by March.

Home loans grew 2.6 per cent between April and October, even as overall loans shrank 0.5 per cent, according to the Reserve Bank of India.

Godrej Housing Finance, a new unit of the Indian conglomerate that manufactures industrial and consumer goods as well as building homes, launched its mortgage offering last month with the lowest rates in the industry. It aims to have a loan book of 100 billion rupees in the next three years, according to Chairman Pirojsha Godrej.

This easier credit means buyers are finding their money is going further. The combination of interest rates at a 16-year low, price discounts and tax reductions in some regions means affordability across India's 10 biggest cities has improved as much as 35 per cent compared to five years ago, according to CRISIL Ratings, the local arm of S&P Global Ratings. 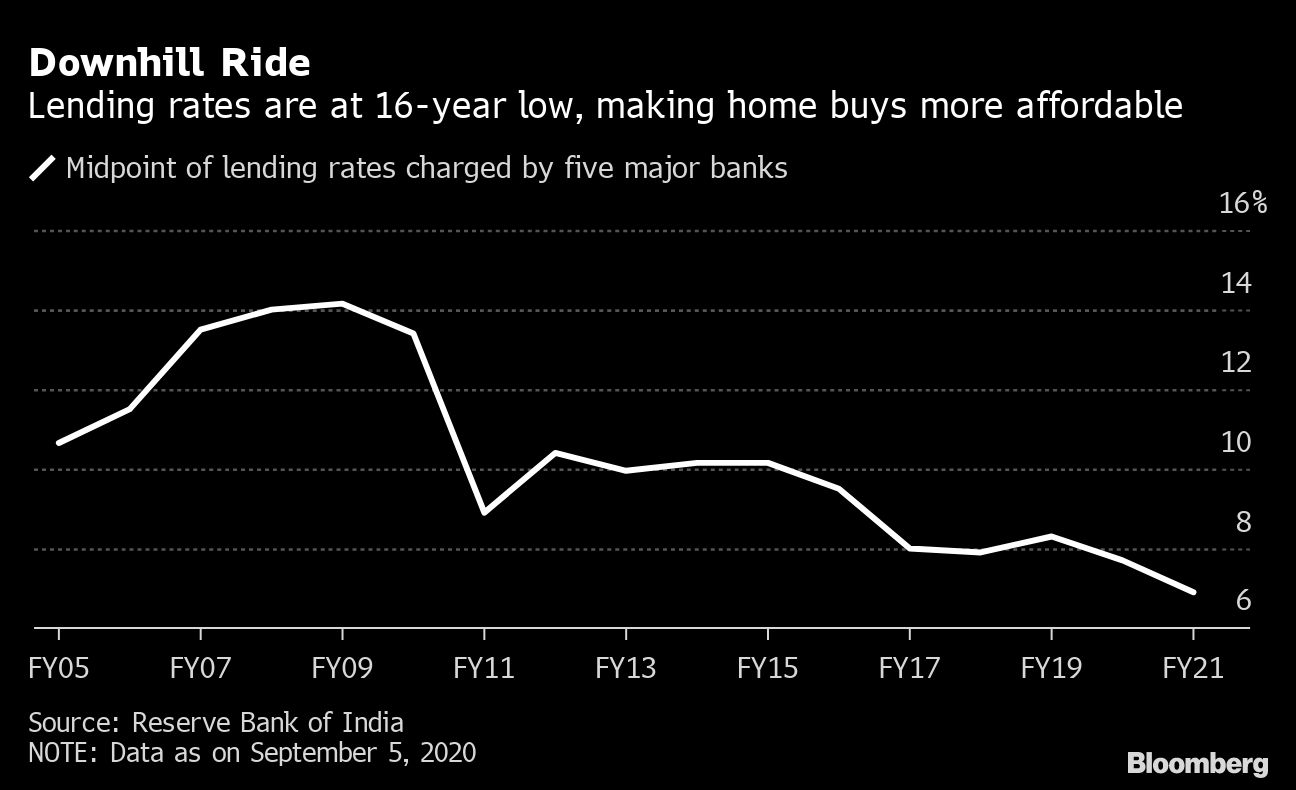 "People who were on the sidelines have now taken a call to buy," Mohit Malhotra, Chief Executive Officer of Godrej Properties, the second largest listed developer, said at a recent industry event. "Prices have bottomed out."

Adding to the attraction of property is a general inflation rate of 7 per cent which, if wages in key sectors keepup, offers the prospect of substantially eroding the real value of people's debt.

Developers in top cities are also offering incentive schemes including delayed payments, free amenities, festival discounts, rent guarantee and absorption of state tax. Taken together, these typically knock between 5 per cent and 15 per cent off the effective price, Anarock Property Consultants estimates.