Mumbai-Ahmedabad Bullet Train: NHSRCL opened financial bids for the construction and design of an 18 km viaduct and railway stations at Ahmedabad and Sabarmati 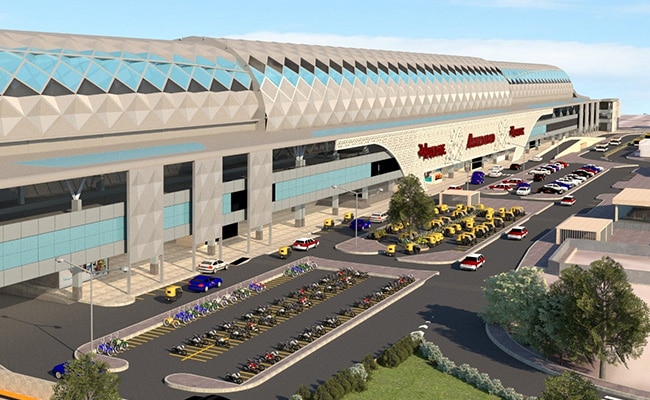 The National High Speed Rail Corporation Limited (NHSRCL) opened financial bids for the construction and design of an 18 km viaduct and railway stations at Ahmedabad and Sabarmati on the upcoming Mumbai-Ahmedabad high-speed rail corridor.

The special purpose vehicle (SPV) of the Railway Ministry responsible for the implementation, operations, and maintenance of the country's first bullet train project shared in a statement that the financial bids of four technically qualified bidders were opened. (Also Read: Bullet Train Project: Sabarmati Terminal To Be The Only Station With Multimodal Transit Hub )

NHSRCL opens financial bids for Design and construction of 18 km viaduct and HSR Stations at Ahmedabad & Sabarmati for MAHSR Corridor. The financial bids of 4 (Four) technically qualified bidders were opened and M/s IRCON – DINESHCHANDRA JV is the lowest bidder. pic.twitter.com/1kvzOQVF6G

M/s IRCON – DINESHCHANDRA JV was the lowest bidder, according to NHSRCL. Earlier this year, the organisation opened technical bids for the design and construction of the Ahmedabad and Sabarmati railway stations and an 18 km of viaduct between Anand-Sabarmati on March 23. The technical bids were opened as part of the Mumbai-Ahmedabad bullet train project's C-7 package.

The 508 km long Mumbai-Ahmedabad high-speed rail will operate at a speed of 320 km per hour - once completely ready for passenger services. The bullet train is expected to reduce the travel time between the tow major cities to two-three hours. It will cover 155.76 kilometres in Maharashtra, and 348.04 kilometres in Gujarat, and 4.3 kilometres in Dadra and Nagar Haveli, with 12 stoppages on the route.