With its sustainable mobility solutions, Alstom helped in reducing carbon-di-oxide emissions by over 10 times compared to other modes of passenger and freight transport. 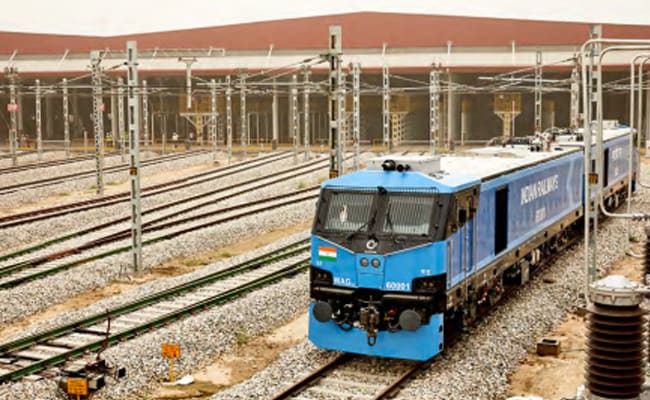 Multinational rolling stock manufacturer Alstom contributed €438M indirectly to the Indian economy in the last five years, according to a recent Ernst & Young report. Alstom has been involved in several Indian Railway and urban metro transport projects for the production and induction of electric locomotives, rolling stock, and trainsets. By the end of March 2021, Alstom has an order backlog of €4.1 billion from its India operations. (Also Read: Alstom Begins Manufacturing Of Trains For India's 1st Rapid Rail Corridor )

In the last five years, Alstom helped in supporting more than 161,000 direct, indirect and induced jobs supported in the country and aims to increase women employees to 28 per cent, according to the report. With its sustainable mobility solutions, Alstom helped in reducing carbon-di-oxide emissions by over 10 times compared to other modes of passenger and freight transport. Here are some of the major contributions by Alstom to the Indian economy:

Alstom India buys €331 million worth of goods and services, out of which 75 per cent is manufactured with the suppliers in India. Overall, the company has invested Rs 12,556 million locally in the last five years. The company has also conducted 21 technology transfers across Alstom locations, to suppliers and other partners.

By March 2021, Alstom had 7,634 direct employees in India. The company has supported around 71,340 indirect and 27,770 induced jobs across the country. Alstom seeks to include 28 per cent women in the management, professional, and engineering roles by 2025.

Alstom follows an environment friendly approach in manufacture of transport and mobility solutions. For example, the materials and components used in manufacturing the rolling stock for Mumbai Metro Line 3 are 96 per cent recyclable and 99 per cent recoverable.

Alstom is investing in linking renewable energy production systems to its locations, such as at the Sri City facility - where 1 MW of solar energy generation capacity has been built. The project will result in an annual reduction of 1,132 tonnes of CO2 emissions and reducing non-renewable energy consumption by 30 per cent by the end of this year, according to the report.

In the current line of projects, Alstom recently delivered the fist trainset for Kanpur Metro. It is also involved in manufacturing trains for the country's first regional rapid transit system (RRTS) project coming up in the national capital region.

“India has always been a pivotal market for Alstom, and we continue to deepen this partnership by customizing mobility solutions for the country,'' said Alain SPOHR, Managing Director – Alstom India.

''We are committed to provide our unflinching support as an enabler in India's growth story and help fulfil the government's key ambitions of ‘Make in India' and ‘Atmanirbhar Bharat','' he added.

Alstom aims to reach 85 per cent localisation on all domestic projects and increase digitalization of processes by 20 per cent by 2025. The company will seeks to make maximum use of renewable energy in industrial operations.