All operators should be mandated to deposit applicable amounts within the three-month time period, as mandated by the court, Reliance Jio said. 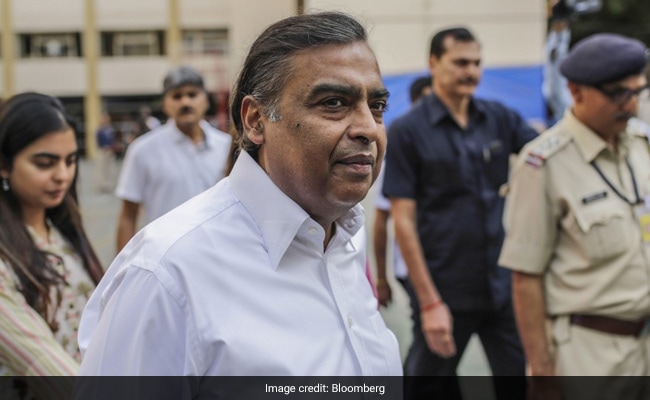 Billionaire Mukesh Ambani's Reliance Jio Infocomm Ltd. opposed any move by the government to provide financial relief to rival telecom operators, which have been ordered to pay $7 billion in past dues, saying they had adequate recourse to funds.

Bharti Airtel Ltd. can easily raise Rs 40,000 crore ($5.7 billion) by selling some of its assets or shares, while Vodafone Idea Ltd. has no dearth of resources to pay the government its dues, Reliance Jio said in a statement dated November 1 and issued Sunday. The Supreme Court had last month ordered Bharti and Vodafone Idea to pay Rs 49,990 crore.

If Airtel liquidates "small parts of its assets or issues 15-20 per cent new equity," in its Indus Tower business it can easily raise the funds, Kapoor Singh Guliani, president for regulatory affairs at Reliance Jio, said in the letter. Vodafone India also has stake in Indus Towers, "thus there is no dearth of sources to pay" their dues, he said.

The letter addressed to the telecom minister comes after a government panel agreed to examine Bharti, controlled by billionaire Sunil Mittal, and Vodafone's demand for reducing the spectrum usage levies and the Universal Service Obligation Fund charge. The two carriers are struggling, with Vodafone Idea, led by billionaire Kumar Mangalam Birla, posting 11 straight quarters of net losses and Bharti slipping into its first-ever loss in the June quarter.

Reliance separately cited a Supreme Court verdict that held spectrum as a finite resource and its distribution should not be made in a manner that's detrimental to public interest.

All operators should be mandated to deposit applicable amounts within the three-month time period, as mandated by the court, Reliance said.