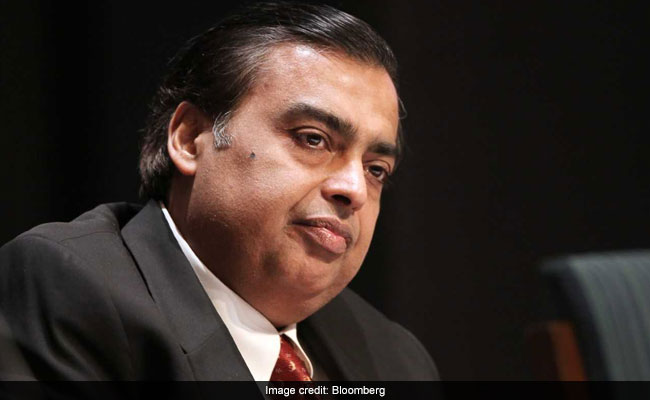 Reliance Industries Ltd., controlled by Indian billionaire Mukesh Ambani, is merging its media and distribution businesses spread across multiple entities into Network18 Media & Investments Ltd. to help simplify the structure of the assets.

The broadcasting business, TV18 Broadcast Ltd., will be housed in Network18, while the cable and internet services will be folded under two separate wholly owned units of Network18, Reliance Industries said in a statement late Monday.

Under the recast, the share exchange ratio would be:

The recast may be the first step by Asia's richest man toward bringing on board strategic investors in a business that is being reshaped by streaming giants worldwide. Bloomberg News reported in November that Sony Corp. is conducting due diligence of Network18 as part of talks to acquire a stake, though the discussions are preliminary.

An investor such as Sony can bring in international content and bolster the offerings of Network18 in a market where competition is heating up for paying viewers. Streaming titans like Netflix Inc. and Amazon.com Inc. have been making inroads in India, where more than half a billion smartphone users are consuming content using data bandwidth made cheaper by Mr Ambani's wireless carrier, Reliance Jio Infocomm Ltd.

The recast will "simplify the corporate structure of the group by reducing the number of listed entities," according to the statement from Reliance Industries. "An integrated media play shall further increase the breadth as well as the depth of the group's consumer touchpoints, and allow for retaining a larger share of the consumer's spend on content."

TV18, Network18's listed subsidiary, owns and operates a bouquet of 56 channels in India and also caters to the Indian diaspora through 16 international channels.

Mr Ambani has unveiled plans to make Reliance Industries free of net debt by early 2021 and as part of that goal, he's been seeking to raise money from stake sales. Last year, he said Saudi Arabian Oil Co. is in talks to buy a stake in Reliance's oil and petrochemicals business.

The restructuring will help make Network18 net-debt free at the consolidated level, with a revenue of about 80 billion rupees ($1.1 billion), and provide a "solid base" for growth, Reliance Industries said in the statement.

Mr Ambani, 62, has a net worth of $57.4 billion, according to the Bloomberg Billionaires Index.