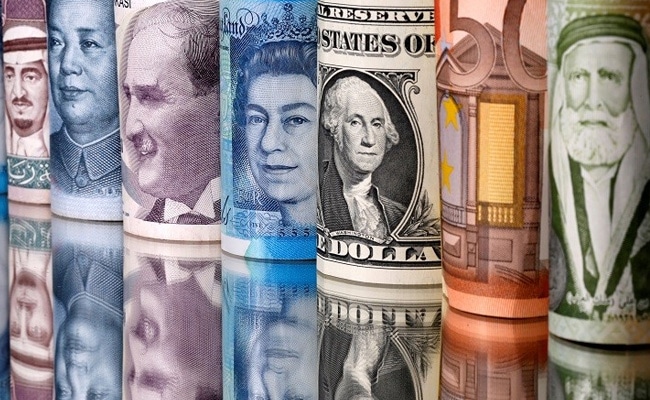 If the bond markets are broken, then currencies provide an alternative, say investors

A dearth of action in fixed income markets is prompting bond investors to focus more on currencies to spot market trends, marking a turning point for the gigantic but generally murky foreign exchange markets.

Buying bonds at the rate of roughly $2 billion (1.5 billion pounds) per hour in the wake of the COVID-19 pandemic, central banks have crushed volatility and reduced its efficacy as a signalling instrument.

While the collapse in interest rate differentials should lead to a fall in currency price swings, as rate changes and their relative levels are major drivers for exchange rate moves, investors say the lack of these two factors is making currency markets more volatile.

This has major implications from investors to central banks because the former express their views on the economic outlook or major events via the bond markets, which the latter use as a key tool for the transmission of their monetary policy.

If the bond markets are broken, then currencies provide an alternative, investors say.

"It is early days but anecdotal evidence from some client conversations suggest that they are looking at currencies as an asset class to predict market trends compared to earlier when discussions would be on what the bond markets are predicting," said Robert Mcadie, chief cross-asset strategist at BNP Paribas.

A State Street index of prices of various goods across different currencies show volatility is rising for a range of currencies including the US dollar, Chinese yuan, euro and the British pound.

The rise in currency market volatility comes after at least five years of calm when major currencies held within tight ranges.

With interest rate markets numbed and an environment where central bank inflation targets are becoming looser, bigger moves in currencies will be more common as forex markets will increasingly bear the primary burden of reflecting large macro-economic trades or major event risks like the US elections.

For example, volatility in the widely watched bond volatility index is a third of what it was around the 2016 US elections.

Owen Murfin, an institutional fixed income portfolio manager at MFS Investment Management, a $528 billion fund, said it is "far more flexible to express your views" in forex markets than in rates.

Mr Murfin, who said he has been "pretty active" trading the Norwegian Crown versus the US dollar, is bullish on an economic recovery for the oil-exporting nation.

He said the Norwegian bond market can be too small and relatively illiquid to express such views, and volatility there is low.

That view is shared by Oliver Boulind, a senior fixed income portfolio manager at HSBC Asset Management who allocated more risk to Latin American currencies including the Chilean, Mexican and Colombian currencies in the summer than their bond markets.

As bond investors switch to currencies, policymakers are following.

Take the euro for example. Since the European Recovery Fund was announced on May 18, the euro has rallied more than 10 per cent versus the greenback with relative bond yields barely changed even though the news was primarily about debt mutualisation.

That has prompted the European Central Bank to become more vocal about the strength of the currency in recent days.

It is also reflected in tightly controlled currency markets like China where the yuan climbed to 27-month highs this week while bond yields remain largely contained, as investors bet on the outcome of the US elections.

Sentifi, an alternative data provider, say the relative success of the Chinese authorities to deal with the pandemic is also fuelling yuan gains.

To be sure, switching from bonds to currencies is not easy. They are far more volatile than interest rates with 1-2 per cent daily swings a common occurrence - large by the standards of bond investors who are accustomed to relatively tiny yield moves.

But that is not deterring investors. Data from Bank of America Merrill Lynch shows the correlation of FX trading flows on their trading platforms to currency market swings is increasing, suggesting low bond market volatility is pushing more bond investors to currency markets.

The growing contrast between calm bond markets and the edginess in currencies is also changing the behaviour of so-called "carry trade strategies" where overseas buyers of US debt would typically leave currency risk embedded in such trades unhedged because of the expensive hedging costs.

But with interest rates skirting zero in the developed world and volatility absent, Japanese buyers of US and European debt are increasingly hedging FX risks because the after-hedged returns of buying such bonds are now in positive territory.

For example, Japanese investors bought a net 1.946 trillion yen of US bonds in the week of October 4-10, according to Ministry of Finance data, the second-biggest weekly buying this year.

"The interest from our clients in FX has never been higher. But there is a wait & see approach from some investors. Do you want to put new capital to work before November 3? Probably not," said Russell LaScala, co-head of global FX division at Deutsche Bank referring to the date of the US Presidential election.