The rupee tumbled to a new all-time low on aggressive Fed tightening expectations as US inflation jumped to a more than four-decade high. 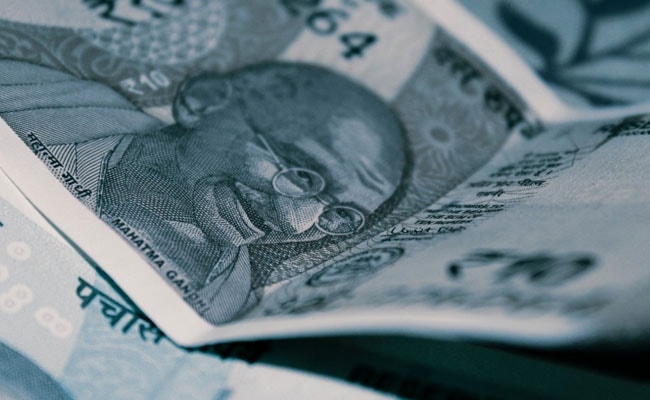 Record-low rupee to be pressured further; 80 per dollar not too far away

The rupee tumbled on Friday to a new all-time low of 77.93 against the dollar with expectations of aggressive tightening from the US Federal Reserve after data showed inflation jumped to a more than four-decade high.

"A phrase starting to be used more broadly amongst the central bank community is the need for 'more forceful' monetary tightening to address inflation," said Chris Turner, Global Head of Markets at ING.

"Central bankers driving real interest rates higher will be a continued headwind for risk assets and pro-cyclical currencies. This is a dollar-positive environment. As above, one is starting to hear of the need for 'more forceful' monetary tightening around the world now," he added.

Indeed, US consumer prices accelerated in May as gasoline prices hit a record high and the cost of food soared, leading to the largest annual increase in nearly 40-1/2 years, suggesting that the Federal Reserve could continue with its 50 basis points interest rate hikes through September to combat inflation.

The dollar, as a result, climbed to a near four-week high against a basket of currencies.

"Inflation is now at a 40-year high with little evidence that it has peaked," John Doyle, vice president of dealing and trading at Monex USA, told Reuters.

"Stocks are extending losses on the expectation the Fed could find the scope to speed up rate hikes. The greenback is gaining on policy divergence and risk-off trading," he added.

The dollar index, which tracks the greenback's performance against six other major currencies, was 0.8 per cent higher at 104.16, its highest since May 17, and within sight of 105.01, the two-decade high touched in mid-May. For the week, the index was up nearly 2 per cent, its best weekly performance in 6 weeks.

With the US inflation data knocking investors' risk appetite, the rupee, which repeatedly hit multiple record lows in recent months, is likely to keep breaching its lows.

However, India's inflation data next week may bring some respite for the currency. The May consumer price-based index was expected to show slightly lower than the prior month, albeit still well above the Reserve Bank of India's target.

The Fed's aggressive path is also likely to push capital outflows from emerging market economies, India included, and weigh on the currencies there.

Indeed, the currency quoted on the other side of the exchange rate against the dollar will weaken.

Global equity markets slumped, and the dollar strengthened on Friday after US inflation data showed a spike in May, raising concerns the Fed may tighten policy for too long and cause a sharp slowdown.

"The overriding need to fight inflation with higher real interest rates remains a headwind for risk assets, where equities suffered on both sides of the Atlantic...This cautious risk environment should continue to favour the dollar..." said ING's Mr Turner.

"DXY (the dollar index) remains well supported at 103 and should remain bid as the US inflation/Fed narrative returns to dominate markets," he added.

Indeed, in a red flag for demand, Shanghai and Beijing returned on COVID alert on Thursday. Parts of Shanghai imposed new lockdown restrictions, and the city announced a round of mass testing for millions of residents.

The Russia-Ukraine war triggered the rupee's fall, with the currency breaching 77 per dollar for the first time in March and since has been in free fall, with 80 per dollar not too far away.