The financial tech titan's listing came crashing down as regulators pulled the plug just two days before its dual debut in Hong Kong and Shanghai. 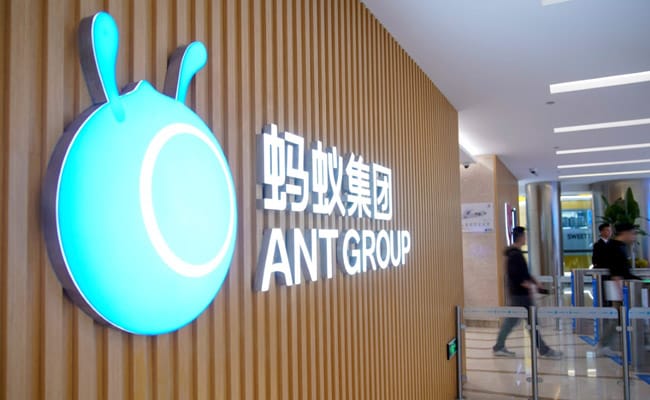 Hong Kong's "mom and pop" investors had been looking forward to an instant jackpot via Ant Group's record-busting $34 billion IPO. Instead, China's shock suspension of the listing has left them baffled and angry. The financial tech titan's listing came crashing down on Tuesday evening as regulators pulled the plug just two days before its dual debut in Hong Kong and Shanghai. Demand was so strong in Hong Kong that Ant announced it was going to stop selling a day early, while in Shanghai it was more than 800 times over-subscribed. Unlike in mainland China, Hong Kong allows margin financing, permitting investors to borrow large sums of money in the hopes of boosting their chance of share allocation.

Investors bet on a debut share spike, pay back the loan and pocket the gains while banks and brokers make money from interest. Barring small interest payments -- which some institutions may forgive -- investors will get their money back. But many in Hong Kong nonetheless expressed frustration at how Chinese regulators had made their decision so late.

"(Chinese) state media said the suspension was to protect investors like us but if they really wanted to protect us, they should have stopped the IPO when the company submitted its application for scrutiny," she added.

Jackson Wong, an asset management director at Amber Hill Capital, said investors were "expecting a huge pop on the first day... anything from 30 to 50 percent". "So that would be a pretty good payday for lucky investors who will be allotted shares. Now, instead, they will not get any allotment, the IPO is not going to come. And also they might face some interest payment on their margins."

Chris Liu pulled together a HK$1.3 million pot for Ant shares -- HK$900,000 from margin financing. "When I saw the news last night, my first reaction was that the Chinese government is really unbelievable," he told AFP. "I didn't expect the IPO to go wrong like this."

It has been a grim economic year for Hong Kong, hit by the US-China trade war, the coronavirus pandemic and last year's roiling pro-democracy protests.The city is deep in recession, unemployment is rising and the stock exchange is down about eight percent since the start of the year.

But first time listings have been a rare opportunity -- as of September Hong Kong was third in the global IPO ranking for 2020, according to KPMG. Bankers will be mourning the loss of some handsome commissions.

Three of the four IPO sponsors in Hong Kong were US banks. Alongside China International Capital Corp, Citigroup, JP Morgan Chase and Morgan Stanley were expected to reap the lion's share of the estimated $400 million in fees from both Ant and investors, according to Bloomberg.

One regular investor, who asked to only give his surname Choy, said he had pulled together HK$500,000 cash and a further HK$4.5 million in margin financing.

"I invested in new IPOs all year round, no way I wasn't going to invest in this one," he told AFP. Choy, who described himself as a committed stock market "gambler", shrugged off the interest payment losses of around HK$4,000."If you count my earnings from IPOs all year round, this is not a big loss to me at all," he said. But he was unhappy with how things unfolded."The suspension was announced way too late, but China has no rules. The regime is a jerk, but we can still earn money off it."

China's last-minute decision was quickly interpreted as a signal from the nation's communist leaders that they were uncomfortable with the enormous influence of Ant, which has helped revolutionise commerce and personal finance but eroded the power of state financial institutions.

The opaque and often unpredictable relationship between the Chinese state and business is something many in semi-autonomous Hong Kong are becoming more familiar with. Beijing has blanketed the city in a sweeping national security law following months of democracy protests last year and has made it clear it expects big business in the finance hub to get on side. Liu said he felt Ant's sudden troubles were a reminder of the Chinese state's power.