The FRDI Bill does not modify present protections to the depositors and provides additional protections, the ministry said. 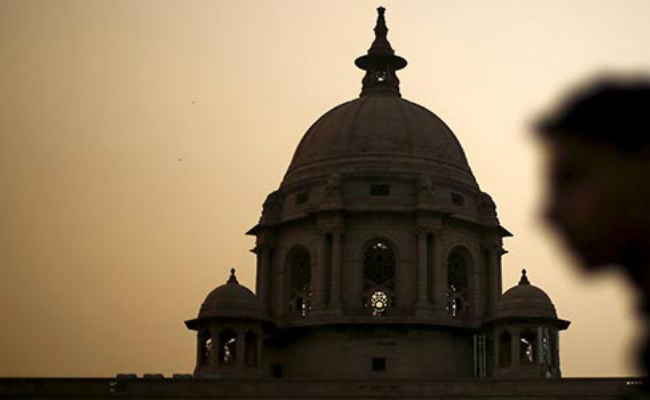 Currently, deposits with banks are insured up to Rs 1 lakh.

New Delhi: Clarifying "certain misgivings" about the FRDI Bill in media, the finance ministry today said the proposed legislation does not modify "adversely at all" the present protections to depositors. The Financial Resolution and Deposit Insurance Bill (FRDI), 2017 provides only "additional protections" to the depositors in a more transparent manner, it said.

"Certain misgivings have been expressed in the media, especially social media, regarding the depositor protection in the context of 'bail-in' provisions of the FRDI Bill. These misgivings are entirely misplaced," it said in a statement. As per the ministry, 'bail-in' is only one of many resolution tools in the FRDI Bill.

Currently, deposits with banks are insured up to Rs 1 lakh.

"The similar protection would continue under the FRDI Bill and the Resolution Corporation is empowered to increase the deposit insurance amount," the ministry said.It further said the uninsured depositors, that are, beyond Rs 1 lakh, of a banking company are treated on par with unsecured creditors under the present law and paid after preferential dues, including government dues, in the event of its liquidation.

"As per the provisions of the FRDI Bill, the claims of uninsured depositors in the case of liquidation of a bank will be higher than those of the unsecured creditors and government dues.

"Therefore, the rights of uninsured depositors will be better protected and such depositors will have an elevated status in the FRDI Bill compared to the existing legal arrangements," the ministry said.

It also added that insured deposits of banks cannot be used in case of bail-in. The FRDI Bill does not modify present protections to the depositors "adversely at all" and provides only additional protections to them in a more transparent manner, the ministry said.

The FRDI Bill, introduced in the Lok Sabha in August, is presently under the consideration of the Joint Committee of the Parliament. It has been asked to submit their report to the Parliament by the last day of the Budget Session, 2018.

It stressed that the Bill seeks to protect and enhance depositors' existing rights and bring in a comprehensive and efficient resolution regime for financial firms.

It will replace the existing resolution regime by providing a comprehensive resolution regime that will help ensure that, in the rare event of failure of a financial service provider, there is a system of quick, orderly and efficient resolution in favour of depositors. The ministry further said that the Bill does not propose in any way to limit the scope of powers for the government to extend financing and resolution support to banks, including public sector banks.


(Except for the headline, this story has not been edited by NDTV staff and is published from a syndicated feed.)
Comments
FRDIIndiaFinance Ministry