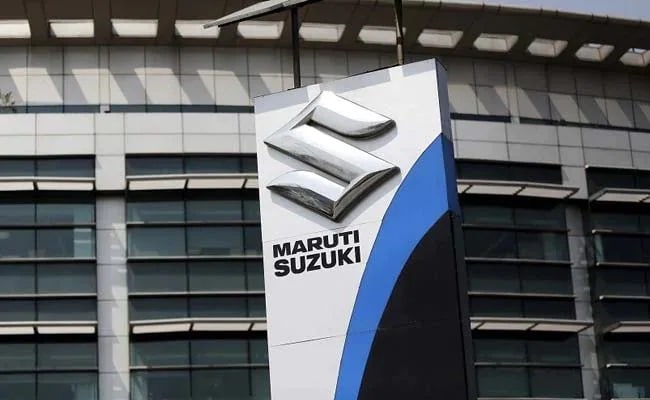 The country's largest carmaker Maruti Suzuki on Wednesday reported standalone net profit of Rs 475 crore in the quarter ended September 2020, marking a decline of 65 per cent from Rs 1,371.60 crore during the same period last year. Sharp decline in profit came on the back of adverse commodity prices and lower sales volume due to electronic component shortages, leading to lower capacity utilization, the company said.

Maruti Suzuki's revenue from operations advanced nearly 10 per cent annually to Rs 20,539 crore and its total expenses jumped 16 per cent to Rs 20,462 crore.

For the first half of the current financial year, Maruti Suzuki clocked sales of 7,33,155 units, the company said in an exchange filing.

An estimated 1.16 lakh vehicles could not be produced owing to the electronics component shortage mostly corresponding to the domestic models, the company said.

Maruti Suzuki India further said it had more than 2 lakh pending customer orders at the end of the quarter for which it is making all efforts to expedite deliveries.

"This quarter was also marked by an unprecedented increase in the prices of commodities like steel, aluminium and precious metals within a span of one year.

"The company made maximum efforts to absorb input cost increases offsetting them through cost reduction and passed on minimum impact to customers by way of car price increase," it said adding as a result there was a drop in its net profit.

Maruti Suzuki shares were trading 1.5 per cent higher at Rs 7,404 after the earnings announcement.