Some Of The World's Richest Investors Prep for Turbulent 2020: Survey

A majority of rich investors expect a significant drop in markets before the end of next year, according to a survey of global respondents. 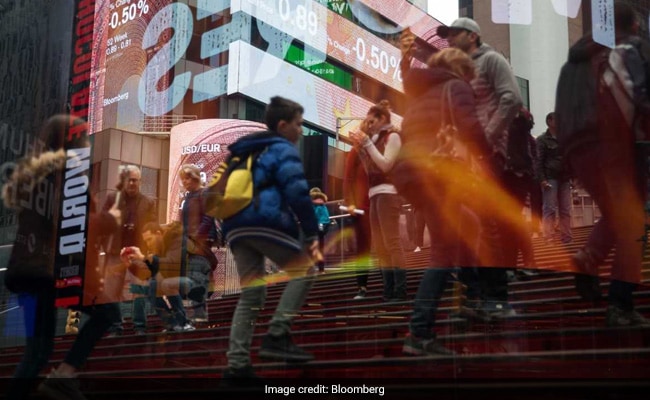 Almost 70% of respondents globally are optimistic about investment returns over the next 10 years.

Wealthy people around the globe are hunkering down for a potentially turbulent 2020, according to UBS Global Wealth Management.

A majority of rich investors expect a significant drop in markets before the end of next year, and 25 per cent of their average assets are currently in cash, according to a survey of more than 3,400 global respondents. The US-China trade conflict is their top geopolitical concern, while the upcoming American presidential election is seen as another significant threat to portfolios.

"The rapidly changing geopolitical environment is the biggest concern for investors around the world," said Paula Polito, client strategy officer at UBS GWM, in a statement.

"They see global interconnectivity and reverberations of change impacting their portfolios more than traditional business fundamentals, a marked change from the past." 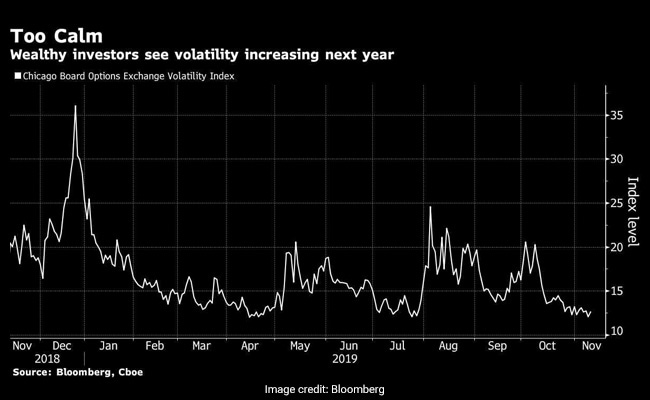 Nearly four-fifths of respondents say volatility is likely to increase, and 55 per cent think there will be a significant market sell-off before the end of 2020, according to the report which was conducted between August and October and polled those with at least $1 million in investable assets. Sixty per cent are considering increasing their cash levels further, while 62 per cent plan to increase diversification across asset classes.

In the same survey in May, an even higher amount -- 32 per cent -- of investor portfolios was in cash.

It's a sentiment shared by Stephen Lansdown, the billionaire co-founder of financial-services firm Hargreaves Lansdown. Speaking at an event to roll out research from Guernsey Finance on wealthy families last month, he said he's "got a lot of cash at the moment" because markets have disappointed him.

Still, it seems that wealthy investor caution is strictly for the short-term. Almost 70 per cent of respondents globally are optimistic about investment returns over the next 10 years.

"The challenge is that they seem to want to respond" to short-term uncertainty "by really shortening their time horizons and shifting to assets like cash that are safe," said Michael Crook, a managing director on the investment strategy team. Though with many of these people investing on a time horizon across decades and for future generations, that "seems like a mismatch."