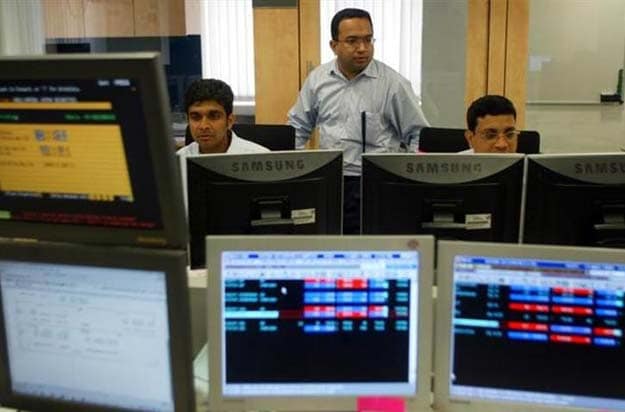 An already nervous global financial markets may not see a recovery anytime soon as China has stated that it will respond to tariffs slapped by the US. International markets along with the domestic equities will take its cue from the magnitude of China's response in the days to come.

This will also decide the fate of the thorny US-China trade relations and global growth which has taken a beating ever since the two largest economy got into a trade war.

On Friday, the US more than doubled tariffs on $200 billion worth of Chinese products from 10 per cent to 25 per cent, in a sharp escalation of the trade tensions to which China has said that it would respond with "necessary counter-measures".

In the domestic arena, market observers pointed out the release of macro-economic data points on retail and wholesale inflation, coupled with the fourth quarter earning results are expected to also impact investors' sentiments.

The Indian markets have more reasons to worry as its less than a fortnight away from the outcome of the mega event -- the general elections.

The two key domestic indices fell for past eight straight sessions, declining nearly 4 per cent as the key driver, the foreign institutional investors have turned sellers after a robust inflow last month.

"There is a strong possibility that China will respond to the US tariffs slapped. Markets may not have fell significantly as Donald Trump is known to go back on his words but markets have been under pressure during the whole week," said Saurabh Jain, AVP-research, SMC Global.

Moody's on Friday also said that while "we believe that a trade deal will eventually be reached between the US and China, the risk of a complete breakdown in trade talks has certainly increased".

"Equity markets corrected sharply along with global markets on back of US China trade tension," Mr Kapoor said.

"With the implementation of tariffs the trade war now could throw positive surprise for markets."

In addition to the global trade tensions, analysts cited the upcoming macro-economic data points such as the retail (CPI) and wholesale (WPI) inflation numbers as well as the "Balance of Trade" figure as the other major theme for the stock market.

Mr Nair added that Q4 results, so far, were marginally below the expectations which will lead to further downgrade in earnings and valuations.

Much inline with the equity market, the domestic currency also weakened by 70 paise to close at 69.92 against the dollar from its previous week's close at 69.22 per greenback.

"Trade war and global growth and crude prices have kept the rupee on tight leash... expect more volatility, as we approach the general election exit polls and results on May 23. With a weaker bias for rupee the range can be 69.50 to 70.50," said Sajal Gupta, head forex and rates, Edelweiss Securities.