Manufacturing May Not be Out of the Woods: India Inc 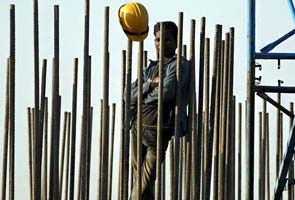 New Delhi: With industrial production growth coming down to a four-month low, India Inc said on Friday that manufacturing may not out be out of the woods even as it hoped for positive investments and infrastructure-driven environment to boost growth.

"The muted performance of the industrial sector...on the back of the negative growth of the manufacturing sector indicates that a full-fledged industrial recovery could still be some distance away," Confederation of Indian Industry (CII) Director General Chandrajit Banerjee said.

A decline in manufacturing output and lower offtake of consumer durables pulled down industrial production growth to a 4-month low of 0.5 per cent in July.

"While we were hoping that slowdown in manufacturing had bottomed out, it appears from July numbers that manufacturing may not out be out of the woods. It is worrying that deceleration in July is somewhat broad based extending to consumer durables and capital goods," Ficci President Sidharth Birla said.

"We look forward to the positive investment and infrastructure driven environment, and a robust decision making mechanism to improve ease of doing business, as also indicated by Prime Minister, to fully carry forward the policy of Make in India and boost manufacturing," he added.

The factory output, as measured by the Index of Industrial Production (IIP), had grown by 2.6 per cent in

"It all indicates that the new-found euphoria needs to be backed by concrete policy action in order to see sustainable growth," Assocham Secretary General D S Rawat said.

The industry chamber further said that it would like policymakers to consider making interest rates charged from the investors and consumers competitive, terming the step as "necessary" especially for reviving consumer durables demand in the festive season.

"Focus on structural reforms in terms of ease of doing businesses, simplification of tax structure and focus on industrial infrastructure would be critical to revive and sustain manufacturing growth trajectory in the coming times," PHD Chamber President Sharad Jaipuria said.