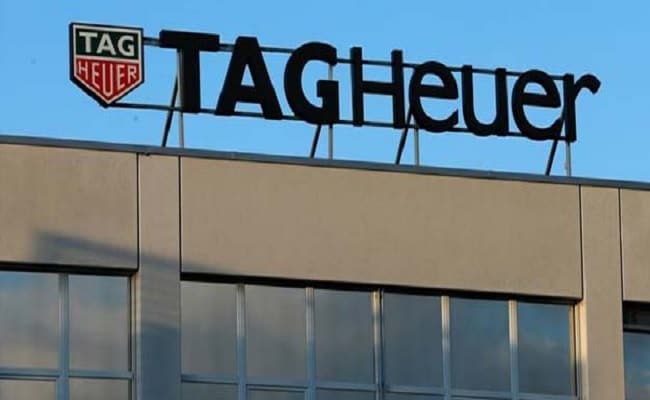 Paris: When LVMH hired former Apple music executive Ian Rogers to craft a digital strategy, investors may have hoped for some quick results. If so, they are probably disappointed.

Almost a year later, aside from drafting in more digitally-savvy people and taking part in a technology start-up fair, his impact on the world's biggest luxury goods group has yet to become visible.

LVMH's online strategy appears inconsistent across its more than 70 businesses and brands. Some labels such as Louis Vuitton and Fendi have made great strides along with cosmetics retailer Sephora, but Celine stands out as an apparent laggard.

Mr Arnault hired Mr Rogers, a 44-year-old American who once worked with the Beastie Boys hip hop band, to challenge the digital mindset of his executives. Rivals Prada and Hermes are revamping their websites to offer a wider choice of products and communicate better about the brand with videos, photos and drawings, on top of other digital content.

Online sales have become the industry's most important engine of growth. Analysts expect internet transactions will represent 20 per cent of all luxury sales in a decade, up from 7-8 per cent now. LVMH's total online sales are less than 5 per cent, they estimate.

Adapting to the Web, to sell and communicate with customers is a challenge for many in the business.

Chris Morton, chief executive of Lyst.com, a multi-brand online luxury retailer in which Mr Arnault's family investment company has a small stake, said no company in the industry could afford to ignore the Web.

"A luxury brand that avoids the internet is effectively refusing to engage with its customers where they are increasingly spending time and money," he said. "It is not listening to what its customers want, which is dangerous in any consumer-facing industry."

More than 60 per cent of luxury goods purchases, online or in-store, depend on what customers see on the Web about the brand, analysts say.

"The question is no longer whether luxury brands should enter the digital world, but how," said Nathalie Remy, partner at consultancy McKinsey.

The internet has been around for two decades but only in the last few years have most luxury goods makers realised why they need to be there. Some customers browse online and then buy in stores, while others engage in "showrooming" - they check out products at a store and then buy online.

"For many luxury firms, digital is a hard new reality," the Boston Consulting Group (BCG) said in a report last week. "They have to confront the new tension between their traditional world of exclusivity and the web world of access for everyone."

It took the industry time to ditch the assumption that the purchasing experience could never be as good online as in stores on the most fashionable streets of European cities.

Even now, some question the rush to go digital, such as appealing to mass audiences on Instagram, the industry's most widely-used social media app in Europe and North America.

Patrick Grant, a designer at Savile Row tailors Norton and Sons in London, said brands should occupy a rarefied world of luxury and specialness and "step away from the noise and spam of Instagram bloggers and floggers".

"Why does a fashion brand need to have a million followers on Instagram? It doesn't feel like fashion to me," Mr Grant told BBC radio during London Fashion Week earlier this month.

Another stumbling block may be that some industry executives are struggling to adjust personally. One consultant in the industry told Reuters of clients who still rely on their secretaries to print out emails and type up their replies.

"How do you want these people to put the internet at the top of their priorities?" the consultant said.

LVMH's digital revolution may be slow partly due to its decentralised nature, with each of its businesses taking different approaches to using technology and the internet.

For example, some LVMH managers believe brands should show online which items are available and where. Others argue that if customers know what they want is out of stock, this discourages them from visiting the store where they might have bought something different from what they were initially looking for.

"Making stocks public is one of many topics being discussed," said a person who is close to the group.

France, along with Italy, is less digitally "mature" than other markets, BCG said in its report based on a survey of about 10,000 consumers in 10 countries. Only 31 per cent of French luxury shoppers said they had researched their last product online and bought it in a store, compared with 47 per cent in the US and Brazil, and 46 per cent in Japan.

Group insiders say Mr Arnault liked the style and attitude of Mr Rogers who appears in jeans and sweaters like most Silicon Valley entrepreneurs, in contrast to the typical LVMH boss in a well-tailored suit.

Mr Rogers is chief digital officer but does not sit on LVMH's 11-strong executive committee chaired by Mr Arnault. However, "internally, people respect him because of his track record", said one luxury consultant whose clients include LVMH and did not wish to be identified.

After working with the Beastie Boys and Yahoo, Rogers spent less than a year at Apple after it had paid about $3 billion in 2014 for Beats, the music streaming and headphones company he led, backed by Elton John and Pharrell Williams.

"It must have helped LVMH managers think about the need to invest time and money in technology but in practice, I am not sure what it brought the group," a source close to LVMH said.

The internet has become the make-or-break factor for many luxury brands as growth has become more difficult to achieve.

Annual sales growth in luxury goods has dropped to low single digits from above 10 per cent four years ago as demand from China weakened and brands no longer benefit from the boost they once got from opening shops and raising prices.

Some of LVMH's fashion brands such as Louis Vuitton, Fendi and Kenzo have ploughed significant resources into social media, e-commerce and technology.

Fendi, which is estimated to generate sales of more than 1 billion euros, has integrated its online and bricks-and-mortar stores. If a sales person helps a customer to complete a purchase online, that entitles the staff member to a commission as if it had been made in the shop.

Sephora is one of LVMH's most digitally-minded retailers. It has an e-commerce website that is easy to use, and contacts customers via e-mail or text message to suggest products or offer discounts.

Ricardo Tisci, designer at LVMH's Givenchy, is one of the industry's most active on Instagram with 1.7 million followers. Customers can buy on the brand's website through Apple's iTunes and mobile devices.

At the other end of the spectrum, Celine - which has an estimated annual turnover of 600 million euros - sells very little on the internet and has no e-commerce website of its own.

Young buyers spend more time on social media than reading magazines or watching TV. Yet on Instagram, Celine's official account carries less than 10 posts and only 2,000 followers while its star designer Phoebe Philo is barely present.

That said, many big luxury brands including Chanel and Dior have not yet fully developed their in-house e-commerce websites through which they now sell mostly cosmetics.

Like Celine and Louis Vuitton, the two brands also do not sell fashion or leather goods on third party websites such as Net-a-porter while other LVMH labels such as Givenchy, Fendi and Kenzo have done so for many years.