Here's How LPG Prices Have Changed In Past One Year. Find Out Latest Rates Here

LPG Price: Currently, the government subsidises 12 cylinders of 14.2 KG each per household in a year

LPG Cylinder Price: From this month, LPG prices have been increased marginally in metros - a second consecutive month of upward revision which comes after three straight cuts. According to Indian Oil Corporation's website, the price of non-subsidised LPG refills was increased by one rupee to Rs 594 per 14.2 kilograms from July 1. Data shows LPG rates have steadied in the national capital over the past two months, after steep reductions from Rs 858.50 per cylinder (14.2 kilograms) in February. The prices of LPG or cooking gas vary in different states due to local taxes. Retailers such as state-run Indian Oil Corporation - which supplies the cooking gas under brand Indane - review the rates from time to time based on international crude oil rates. Currently, Indiane LPG consumers in Delhi and Mumbai have to shell out Rs 594 for each non-subsidised refill of 14.2 per kilograms.

Indian Oil provides information on latest rates in other cities on its website. 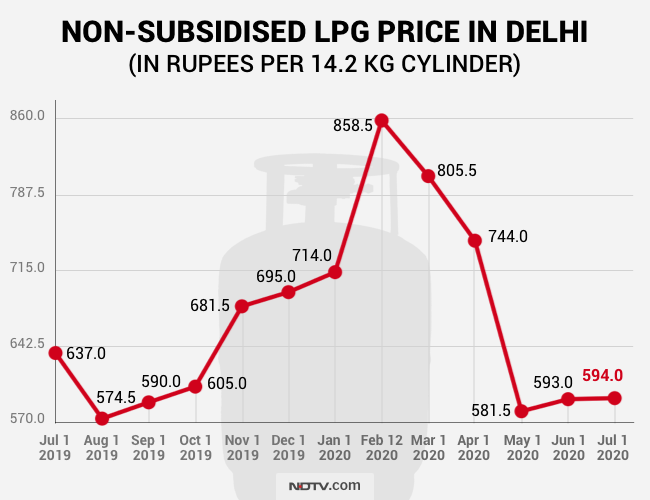 Gold Futures Rebound To Trade Above Rs 47,500 Mark: Should You Invest?