"We try our best to not tweet fake news and this time we really screwed up," Charlie Lee, creator of Litecoin and managing director said. 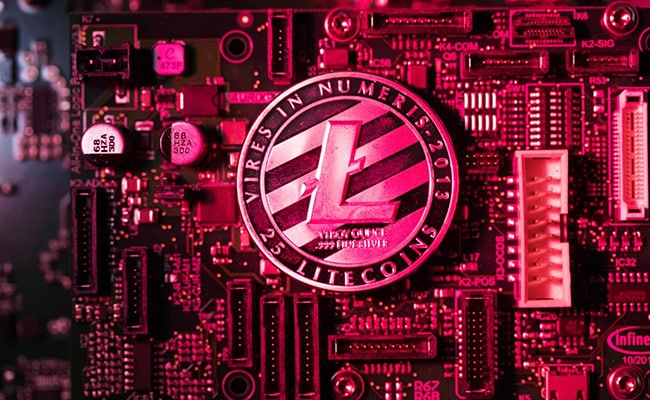 The Litecoin Foundation "screwed up" after one of its employees retweeted what turned out to be an untrue announcement about a partnership with Walmart Inc., said its managing director.

"We try our best to not tweet fake news and this time we really screwed up," Charlie Lee, creator of Litecoin and managing director of the foundation, said on the "Bloomberg Technology" television program. "I deny that it has anything to do with us and we'll try our best to figure out who did it -- and we will stop fake news from spreading."

Walmart Inc. and GlobeNewswire, a press-release distributor, are investigating a Monday-morning hoax announcement that had tied the retailer to a supposed deal with Litecoin. The announcement was quickly determined to be false, though not before it caused a brief surge in Litecoin and other cryptocurrencies. Litecoin was down 1.2% on Tuesday as of 8:52 a.m. in Hong Kong, and is off about 20% over the past nine days.

The Litecoin Foundation is a non-profit organization led by Lee and it focuses on advancing the peer-to-peer token and the open-source software project.

"This morning I woke up and found out that Walmart is accepting Litecoin, and I was like, 'Wow that's awesome,' -- and it turned out to be fake," Lee said of the incident. "We didn't have a partnership," he said, adding that anyone can start accepting Litecoin without having to talk with the organization first.

The parties involved are now seeking to determine how the events transpired.

There's not much the Litecoin Foundation can do about random actors releasing fake news, Lee said during the Bloomberg TV interview, adding that fabricated press releases are also a phenomenon in the equities space.

Lee said Litecoin "is used quite a bit for payments" -- though it's not as popular as Bitcoin -- and he estimated there are potentially hundreds of thousands of merchants who support it. Roughly $3 billion worth of Litecoin is sent every day -- not all of it for payments -- but much of that is used for transactions, he estimated. Over its lifespan in the last 10 years, more than $1 trillion worth of Litecoin has been sent over the network, which "shows that Litecoin is actually being used and it's pretty popular."