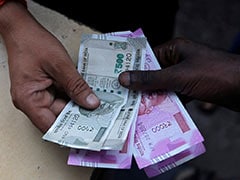 Pay Hikes In India To Fall To Decade Low In 2020: Report

Companies in India gave an average pay increase of 9.3 per cent during 2019, reflecting a slowdown in the economy compared to 2018. 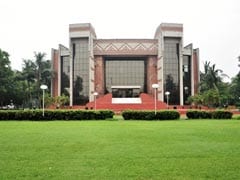 IIM Calcutta 2020 Placement Package: Average package of the top quartile of the class was at Rs 41.8 lakh per annum while the median salary stood at Rs 25.5 lakh, IIM Calcutta said.

Infosys to hire 200 people in US, expand in Atlanta metro area

Leading software developer Infosys today said it will expand operations in the Atlanta metro area and add around 200 people at in Cobb county in the US in the 2013-14 fiscal year.

Zensar to hire around 650 people next fiscal year

Pune-based software services exporter Zensar Technologies plans to hire up to 650 people, including 300 freshers, in the next fiscal year and expect to achieve higher than the industry average growth, its vice-chairman and chief executive Ganesh Natarajan said non Thursday.

"After a certain point in time, money cannot make a difference in your life. I feel that it's not even called charity, it's about accountability and responsibility," Sobha Group founder P.N.C. Menon said, when he announced he would donate half of his wealth (estimated at $600 million) to charity. A first generation entrepreneur based in Dubai, Mr Menon, the chairman emeritus of Sobha Developers, has joined the ranks of India's small but rapidly growing group of businessmen philanthropists.

India's largest state-run bank has received 1.7 million applications for just 1,500 probationary officers -- and has promised to examine all of them, a report said on Tuesday.

Public sector banks have opened a total of 11,887 branches in various regions, including rural and metropolitan areas, and recruited over 1.72 lakh persons in these new offices in the last three financial years.

At Galaxy unveiling, Samsung will have insurance plan in back pocket

Some analysts predict the new Galaxy S IV could top 10 million unit sales in the first month after its launch, so any hiccups in the smooth delivery of core components could be disastrous.

India, which is at the fifth spot in global ranking with 122 dollar-billionaires in 2012, is likely to see a whopping 84 per cent growth in this number with 225 billionaires by 2022, real estate consultancy Knight Frank has said in a report.

Samsung's newest, feature-packed Galaxy S4 may put pressure on Apple Inc to accelerate its pace of smartphone design and venture into cheaper devices - both departures from usual practice.

Mauritius is fast becoming a popular wedding venue for rich Indians who come here with family, friends and even Bollywood stars in chartered planes to attend the extravagant ceremonies that continue for days.

17 aspirants for every one engineering job available: Study

With more number of graduates passing out from high-quality engineering colleges, job aspirants in the engineering arena seem to be facing tougher competition compared to their peers from the business administration stream, says a study.

Hindujas emerge as the richest Asians in Britain

Leading NRI businessmen Srichand Hinduja and Gopi Hinduja, chairman and co-chairman of the Hinduja Group, have emerged as the richest Asians in Britain in 2013.