The LIC sale is unlikely to go through next fiscal year given statutory challenges, said Suresh Ganapathy, head of financial research at Macquarie Capital Securities Ltd.

The government is looking sell a stake in LIC

The fiscal pressures facing the government showed through clearly in the measures announced for the financial sector, where the priority was on raising money rather than spending it.

In the budget announced over the weekend, Prime Minister Narendra Modi's administration skipped injecting fresh capital into lenders for the first time since it came to power in 2014. Instead, it will sell stakes in two financial firms to raise cash. It will also increase deposit insurance to reassure savers in a banking sector that's grappling with the world's worst bad-loan ratio. The decisions show the limitations PM Modi faces as he balances a widening budget deficit with a financial industry that's struggling to provide much-needed credit for a weakening economy. Loans to Indian companies and consumers are set to grow about 6.5 per cent in the year through March, the slowest pace in 58 years.

"The government is trying to raise funds from financial institutions and also save on the other hand by not infusing capital into banks," said Karthik Srinivasan, group head of financial sector at ICRA Ratings, the local unit of Moody's Investors Service.

At a briefing in New Delhi after presenting the budget on Saturday, Finance Minister Nirmala Sitharaman said her government would consider recapitalizing banks if the need arises. The sector will become more efficient and self-sufficient after a string of mergers last year, said Finance Secretary Rajiv Kumar.

The government is relying on sales of its holdings in IDBI Bank Ltd. and Life Insurance Corporation of India to meet the bulk of its record Rs 2.1 lakh crore ($29 billion) divestment target for the year starting April 1.

Last year, Ms Sitharaman got state-run LIC to buy 51 per cent of IDBI Bank when the lender was reeling under rising soured credit, leaving the government with 47 per cent. This year, she's looking to sell a stake in LIC itself, though the government didn't disclose more details.

The LIC sale is unlikely to go through next fiscal year given statutory challenges, said Suresh Ganapathy, head of financial research at Macquarie Capital Securities Ltd.

The insurance behemoth is so large that the market would struggle to absorb even the minimum mandatory 10 per cent sale, according to Aditya Cheriyan, partner at Khaitan & Co. An LIC employee union has also opposed the move, Press Trust of India reported on Saturday, citing a union spokesman.

The increase in deposit insurance "is to reduce risks of potential panic deposit withdrawals given recent incidents," said Vishal Goyal, an analyst at UBS Group AG in Mumbai. Banks are likely to have to pay the extra premiums, which could prompt them to pass on extra costs to customers, Mr Goyal wrote in a note.

Last year, depositors at Punjab & Maharashtra Co-operative Bank Ltd. swarmed branches to withdraw their savings following reports that it had extended outsized loans to an insolvent developer. The Reserve Bank of India took the rare step of limiting withdrawals at the regional lender. 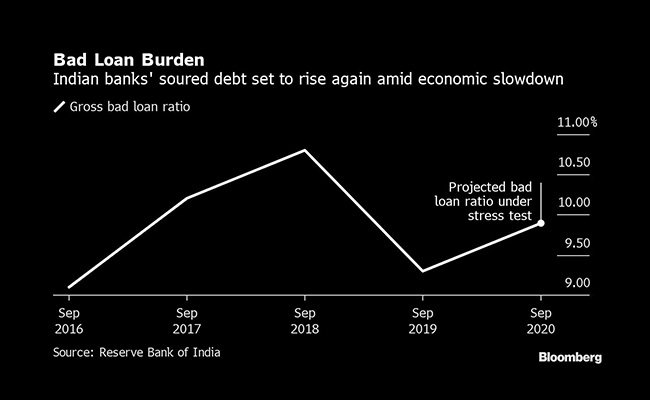 While the higher deposit insurance may help to assure savers, analysts weren't impressed by the overall measures for the banking industry.

"The budget had nothing to do to help resolve issues on asset quality, slow credit growth," said Macquarie's Ganapathy. "The budget does nothing for the financial services sector."