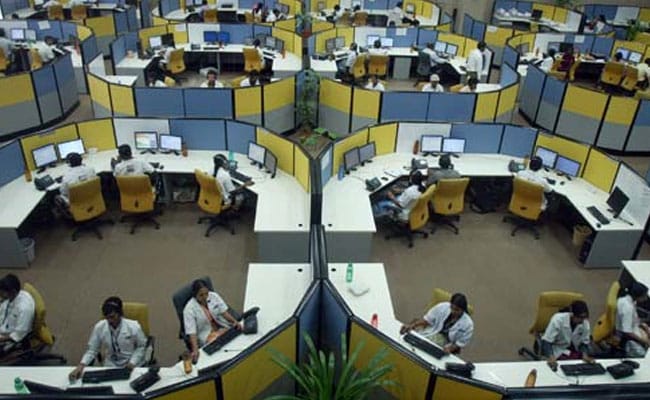 Indian IT companies may be forced to displace workforce due to H-1B visa curbs, Assocham said.

A tightening H-1B visa regime in the United States will force IT giants to create fundamental changes to their strategies in terms of hiring, salaries and jobs, which could impact employees in India too, industry body Assocham has warned. "Indian IT companies are bound to face disruptions by way of higher costs and even some laying off work force back home, as the rising rupee is aggravating the situation further for the technology export firms," Assocham said in a report.

As the cost pressure would increase, aggravated by rising rupee leading to lower realizations, Indian IT companies may be forced to displace workforce, Assocham said. "In that case, the chances of layoffs are real," the industry body's secretary general DS Rawat warned.

Acting on his election promise to reform the H-1B visa system, US President Donald Trump on Tuesday signed an executive order for tightening the programme. Instead of the current lottery-based system, the US President said the visas should be given to the most skilled and highest-paid applicants. For Indian IT companies, such a change could significantly increase the cost of doing business in the US, say analysts.

"Nearly 86 per cent of the H-1B visas issued for workers in the computer space go to Indians and this figure is now sure to be scaled down to about 60 per cent or even less," Assocham said in a paper. The rupee has surged over 5 per cent against the dollar so far this year, hurting the rupee income of Indian IT companies.

Assocham has urged IT industry bodies and the Indian government to work out a joint strategy to deal with the unfolding situation. "After all, our stakes are quite high. It is a question of $100 billion software export industry that employs over four million people and reservations for H-1B visa for start-ups with less than 50 employees will decrease the number of visa available for Indian firms," Assocham said.

H-1B visa curbs could also have an adverse macro impact for the Indian external sector economy, Assoham warned. "Remittances from US would decline hurting the balance of payment. World Bank data showed the US was the second largest source of remittance for India in 2015 with $11 billion - nearly 16 per cent of the total inflows. We expect disturbances in remittances by 8-10 per cent," Assocham said, adding that there would be fewer opportunities for individuals to work on offshore location.

The Indian outsourcing industry should invest in near shore centres or facilities close to the US and focus on local hiring in America and to work virtually, which is becoming easier with the wider adoption of cloud services and greater digitisation, Assocham said.

Promoted
Listen to the latest songs, only on JioSaavn.com
On the other hand, IT industry's top body Nasscom says it is too early to assess the impact from Mr Trump's latest move. The immediate impact of the move would be greater scrutiny of visa applications and deeper oversight from US agencies, Nasscom president R Chandrasekhar told NDTV Profit, adding that this could result in higher compliance cost for Indian IT companies.

However, he warned that the review of H-1B visa programme as ordered by the US President could come up with recommendations that could have "far reaching consequences". Mr Chandrasekhar also said big changes in H-1B visa regime can only come through legislations and that might take some time.