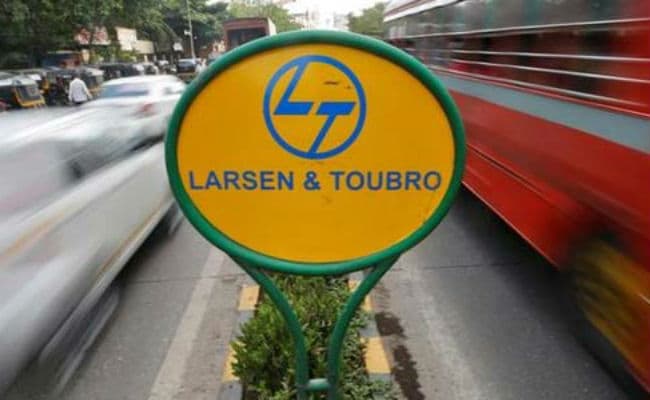 Industrial conglomerate Larsen & Toubro's shares fell nearly 6 per cent on Thursday, a day after the company reported a quarterly loss from continuing operations on a standalone basis. In a regulatory filing after market hours on Wednesday, the infrastructure major said its net loss from continuing operations came in at Rs 1,767.10 crore in the July-September period, as against a net profit of Rs 1,718.52 crore in the corresponding period a year ago. L&T shares slumped as much as 5.76 per cent to Rs 927 apiece on the BSE on Thursday, having begun the day weaker at Rs 953 on the bourse compared to their previous close of Rs 983.65.

However, L&T posted a net profit of Rs  6,716.51 crore from continuing and discontinued operations, as against Rs 1,925.47 crore in the corresponding period a year ago.

Its revenue from operations stood at Rs 15,791.68 crore in the second quarter of current financial year, from Rs 18,748.21 crore in the year-ago period.

Weakness in the Larsen & Toubro stock led a drop in the infrastructure space. The Nifty Infra index - which tracks 30 infrastructure-related shares - dropped as much as 1.27 per cent in a volatile session on Thursday. (Track L&T Shares)

The company's board announced a dividend of Rs 18 per share.

L&T said its financial results were not comparable with the previous quarter as its operations continued to be impacted by the coronavirus pandemic-related restrictions. Execution of projects gathered momentum but the recovery was gradual and partial, the company said.