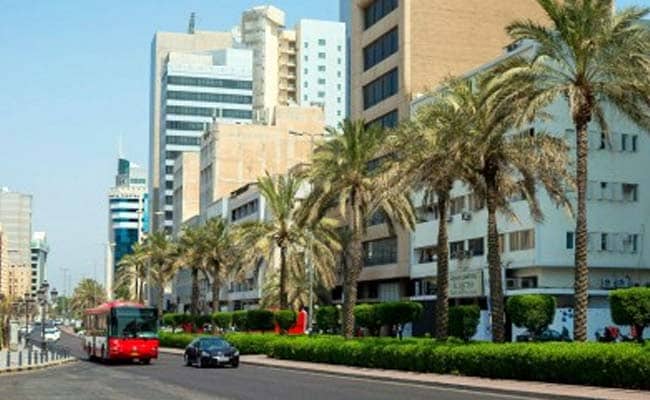 Kuwait is home to one of the world's biggest sovereign wealth funds.

The eldest son of Kuwait's ruler said the OPEC member is revisiting plans to transform itself into a regional business hub, as authorities aim to overcome past obstacles to join neighbors seeking to overhaul their oil-dependent economies.

Sheikh Nasser Sabah Al-Ahmad Al-Sabah said in an interview the focus will be on northern regions, where developments could serve neighboring Iraq as it seeks to recover from conflict, and even Iran. The proposals include a new city, an international stock exchange, hotels and resorts, and a new refinery.

For more than a decade, Kuwait's attempts to revamp its economy haven't moved beyond a blueprint amid domestic political opposition. Like other regional economies, it has cut subsidies and plans to introduce taxes to plug a budget shortfall triggered by lower oil prices. But as in Saudi Arabia, where the 32-year-old crown prince is leading a push to wean the kingdom off its oil dependency, there's a recognition that this won't be enough in the long run.

"We had no vision in the past. It was changing" for the sake of change, Sheikh Nasser told Bloomberg TV on Tuesday in his first interview with an international news organization since being named first deputy prime minister and minister of defense in December. "Now we are changing for a reason."

Sheikh Nasser is emerging as one of the most powerful actors in Kuwait, home to one of the world's biggest sovereign wealth funds. After years of heading his father's court, he was promoted to the most senior cabinet position after the premier. As head of the supreme council for planning and development, he is also leading plans to reform the economy.

New investment rules and other regulations are expected to be completed this year, said Sheikh Nasser, 69. Reforms may take longer than in absolute monarchies such as Saudi Arabia, though, because in Kuwait the government must work "with a constitution and parliament," he said.
Kuwait, often seen as the most democratic of the six Gulf states, has witnessed tumultuous relations between the elected parliament and the government appointed by the country's hereditary emir. There have been seven governments in as many years and parliament has been dissolved numerous times.

It has maintained closer ties with Shiite power Iran than many of its Gulf Arab neighbors, and has attempted to mediate their nine-month standoff with Qatar.

Kuwait's gross domestic product, adjusted for exchange rates, was almost $70,000 in 2017 -- making it one of the world's top 10 richest nations and second only to Qatar in the Arab world, according to International Monetary Fund estimates.

Silk City, the most ambitious element of the development plan, is slated to be built in the northeast, and be home to around 700,000 people. There are plans for the world's tallest building, a national wildlife sanctuary, a free-trade zone and parks. It will be linked to Kuwait City by the Jaber Al-Ahmad causeway currently under construction.

Kuwait also wants to boost the tech appeal of the new economic zone by running a global cable network that will increase Internet traffic and cut the reliance on the link that runs through Egypt and Saudi Arabia, Noura Al-Qabandi, director of international affairs at the country's telecommunications regulator, CITRA, said in a separate interview.

A mother of two toddlers -- Khalifa, 3, and Salman, 1 -- Al-Qabandi said the investments Kuwait is making will provide her sons with opportunities in technology, manufacturing and other industries that don't exist today.

Promoted
Listen to the latest songs, only on JioSaavn.com
"I see Khalifa in the ICT zone, coding and doing magnificent things," Al-Qabandi said. "Salman, no. He's going to be building space voyagers very soon."