Vijay Shekhar Sharma's role as the chief executive officer is among the items to be voted on at the company's annual general meeting held virtually this afternoon. 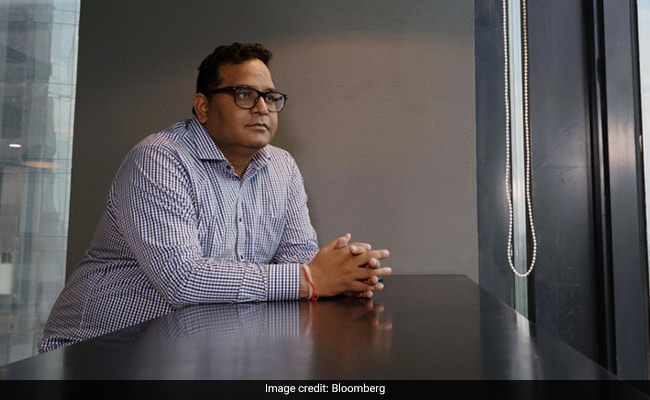 Vijay Shekhar has lost more than 60% of its value since its initial public offering in November.

The billionaire founder of Paytm faces a crucial test of investor confidence Friday, when shareholders will decide whether they want him at the helm of a fintech pioneer that made one of the worst debuts in Indian history.

Vijay Shekhar Sharma's role as the chief executive officer is among the items to be voted on at the company's annual general meeting held virtually this afternoon. A proxy advisory firm last week recommended that shareholders replace the founder as CEO, citing concerns about his ability to reverse losses at the payments provider.

Paytm, the poster boy for India's tech startups, has lost more than 60% of its value since its high-profile initial public offering in November as it has struggled to convince investors of its earnings potential. In an interview last month, Sharma, 44, said Paytm is set to become India's first internet company to hit $1 billion in annual revenue and pledged a shift from growth toward profitability.

Shareholders should vote against Sharma's reappointment, and the board must bring in a professional to the role, Institutional Investor Advisory Services India Ltd. said last week. Before listing, Sharma, on several instances, publicly talked about the company turning profitable, and yet it hasn't happened even at an operational level, the firm said.

Paytm, listed on the bourses as One 97 Communications Ltd., counts Ant Group Co.'s Antfin (Netherlands) Holding BV., SoftBank Group Corp. and Canada Pension Plan Investment Board among its top shareholders. Of the dozen analysts covering the firm, six have a buy rating, while three each recommend hold and sell on the stock.