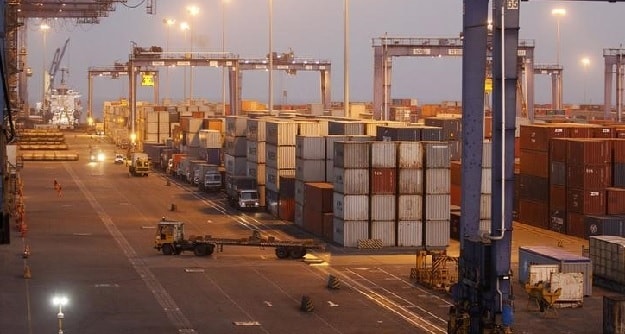 Thiruvananthapuram: Gautam Adani-led Adani Ports and Special Economic Zone (APSEZ) has entered into an agreement with the Kerala government for building Rs 7,525 crore Vizhinjam seaport project, which is expected to be operational in a record time of less than 1,000 days.

The port project, slated to come up near Kovalam beach, was first proposed in 1991 when late Congress leader K Karunakaran was the Chief Minister but did not materialise due to various reasons. It got a push after the present UDF Government came to power in 2011.

Speaking at the function, Chief Minister Chandy said, "Government will not allow anything to adversly affect the life of people in the project area" in an assurance to the fishermen community who had expressed concerns over their rehabilitation."

He also said the government was hopeful that the Centre would relax the existing cabotage law.

Cabotage refers to the carriage of goods between two ports in one country by ships registered in that country.

As per Cabotage law, it is mandatory to use Indian ships in transportation of cargo to different ports along the country's coast. Foreign ships can be used for carrying goods only when domestic ships are not available after seeking permission from India's maritime regulator.

Meanwhile, Opposition Left Democratic Front (LDF), which has levelled allegations of corruption in the project and opposed its implementation, kept away from the function.

Speaking at the function, Gautam Adani promised to kick off full-fledged construction on November 1, 2015.

"Our objective is to have Vizhinjam port operational in a record time of less than 1000 days," he said.

Seeking relaxation of cabatoge law which will be a 'win-win' situation, he said the government was aware that the existing cabotage law can prevent growth of Vizhinjam port.

The company is hopeful that our request for relaxation in law will be "seriously looked into" by the Centre, he said.

Gautam Adani -- who earlier in the day met Leader of the Opposition in the Assembly, V S Achutanandan, and BJP state leaders -- sought the support of all political parties to ensure a smooth sailing for the project.

"It is rare that a company gets an opportunity to construct a port like Vizhinjam," he said.

"Despite being the deepest and natural draft port and strategically located, the project which had been coceived 25 years ago had not taken off. But things changed very fast after a meeting with the Chief Minister," Mr Adani said.

Mr Chandy's passion to make the port a reality was visible, he said adding there is no reason why ports of Colombo and Singapore should be transhipment of 80 per cent of Indian cargo.

It should be the other way. India should be the hub of transhipment cargo, he said thanking the state government for taking the "bold step" to award the contract to Adani Ports.

"It is my promise to you that we will make Vizhinjam one of the largest mega transhipment terminals in the world," he said.
Comments
Adani PortsVizhinjam Port ProjectGautam AdaniAdani Vizhinjam Port Private Ltd