Finance Minister Thomas Isaac said the Rs 2,000 crore comprehensive package is for the overall development of coastal areas and welfare of fishermen, who had borne the brunt of the devastating cyclone on November 29 and 30 last year. 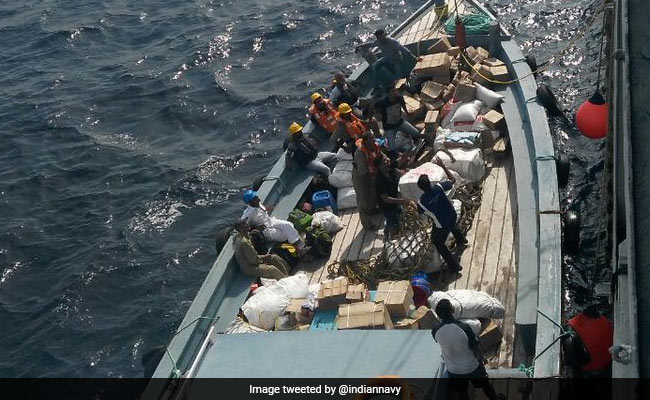 Kerala government today announced a comprehensive package in the wake of cyclone Ockhi.

Thiruvananthapuram: Facing a severe financial crisis, the Kerala government today in its budget focussed on fiscal consolidation, restricting creation of new posts, purchase of vehicles and foreign tours, even as it reached out to fisherfolk with a Rs 2,000 crore package in the wake of cyclone Ockhi.

Presenting the 2018-19 state budget, Finance Minister Thomas Isaac said the Rs 2,000 crore comprehensive package is for the overall development of coastal areas and welfare of fishermen, who had borne the brunt of the devastating cyclone on November 29 and 30 last year.

He said under the package, the fishing vessels and coastal villages would be linked through a satellite-based navigation and weather forecasting system and the disaster management authority had already given shape to it.

The government has earmarked Rs 10 crore to entrust a global agency to prepare a detailed project report of the coastal development package, he said.

"This Rs 100 crore scheme would be implemented this financial year itself," he said.

Also, free wi-fi facilities would be launched at select public spots in coastal villages, he added.

The minister further said families living in the 50 metre radius of coastal shores would be re-located and mangroves and trees would be planted there for coastal protection.

A Rs 900 crore investment would be made in the coastal areas through Kerala Infrastructure Investment Board (KIIFB).

As part of its plans for fiscal consolidation due to the severe crisis, the government has decided to create new posts only if necessary.

Curbs have also been imposed on purchase of government vehicles by various departments.

"Instead of purchasing new vehicles, they can be hired on rent which would save costs by at least one-third', he said adding purchase of luxury cars costing over Rs 14 lakh should be discouraged.

The government has also stressed the need to reduce travel expenses.

Foreign tours would be allowed only if necessary and video conferencing should be made use of to the maximum, Mr Isaac said.

Use of landline telephones should be reduced with stress on shifting to cost effective packages of mobile phones, he added.

However, the fiscal consolidation will not effect any social security schemes of the government, including welfare pensions, he said.

The government has allocated Rs 1,267 crore for women welfare schemes, Rs 10 crore for welfare of transgenders and Rs 200 crore for various schemes for 'Kudumbashree', a woman neighbourhood network.

The government has set apart Rs 970 crore for school education and Rs 954 crore for food subsidy in the budget.

To shore up revenues, sales tax on IMFL has been increased by 200 per cent and beer by 100 per cent.

The pension arrears of the retired employees of the corporation would be disbursed by March this year, the minister said in his over two-hour long address.

With the help of KIIFB, the corporation would buy 2,000 new buses, he added.
Comments
Thomas IsaacKerala BudgetOckhi Package