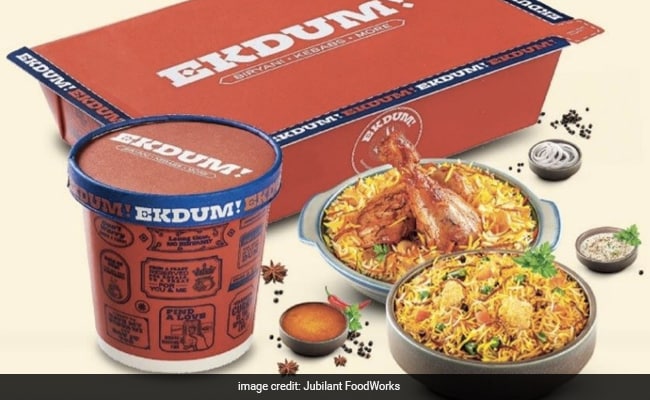 Jubilant FoodWorks announced its July-September quarter results for the financial year 2021-22, reporting a net profit of Rs 121.5 crore on a consolidated basis, compared to Rs 76.9 crore in the corresponding period last year, marking a growth of 58 per cent year-on-year.

The food services' company's revenue from operations in the second quarter of the current fiscal stood at Rs 1,100.7 crore, compared to Rs 805.5 crore, registering a growth of 36.3 per cent year-on-year.

Said to be the country's largest food services company, Jubilant FoodWorks owns and operates Domino's Pizza in India, Dunkin Donuts, Hong's Kitchen. In December 2020, the company entered the biryani segment with the rollout of its brand "Ekdum!" - in line with its strategy of portfolio expansion.

During the July-September quarter, Jubilant FoodWorks opened 60 new stores, including 55 stores of Domino's, two stores each for Dunkin' and Hong's Kitchen and one store of Ekdum!.

The new investments announced during the quarter will help steer the company towards its goal of becoming a multibrand, multi-country business driven by technology and will create significant value for all stakeholders,'' said Mr. Shyam S. Bhartia, Chairman and Mr. Hari S. Bhartia, Co-Chairman, Jubilant Foodworks Limited.