The court ordered the federal anti-money laundering agency to investigate Amrapali for diverting funds overseas with the help of JPMorgan and others.

The court on Tuesday ordered the central anti-money laundering agency to investigate Amrapali, based in Noida, for diverting funds overseas with the help of JPMorgan and others. The violations, based on a forensic audit, range from disregarding foreign investment norms, paying dividend without generating profits, setting up fake companies and overvaluing shares.

JPMorgan's Singapore-based spokesman Chris Cockerill declined to comment. The biggest US bank is allowed to seek a review of the ruling. Any criminal charges will only be filed in a lower court once investigation is complete.

Developers, including Amrapali, Jaypee Infratech and Unitech, have been taken to courts by irate homeowners and creditors as apartment sales slumped in the once red-hot South Asian market following the triple whammy of a surprise cash ban, tax reforms and a consumer-protection law for the sector. Home prices in India's financial capital dropped and unsold inventory rose 14 per cent in first half of 2019. 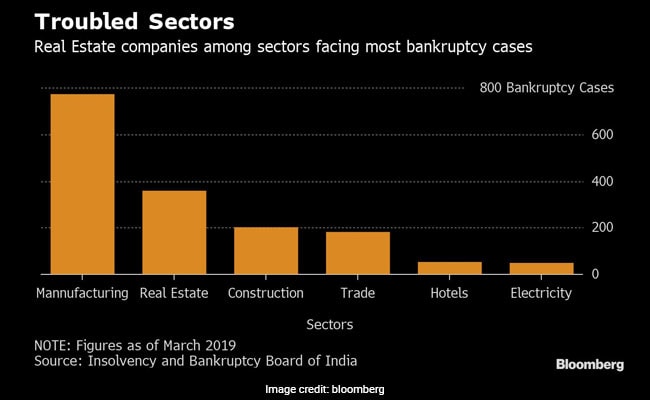 JPMorgan invested around Rs 85 crore ($12.3 million) in an Amrapali Group company's shares and later sold them to an office boy and nephew of the auditor for Rs 140 crore, according to the ruling published on the top court's website.

"The shares were overvalued for making payment to JPMorgan," the court's two-judge bench headed by Justice Arun Mishra said in its ruling, agreeing with the forensic auditor regarding JPMorgan's role. "It was adopted as a device for siphoning off the money of the home buyers to foreign countries."

The ruling can impact lenders' efforts to recover dues as the court held that home buyers have the first right over the projects rather than banks that have lent funds to the builder.

The investigations will be done under the court's supervision by police and the federal anti-money laundering agency.

"We are not a country in which courts will permit such action and permit a person to go scot-free," according to the ruling.

The case is Writ Petition (Civil) No. 940/2017, Bikram Chatterji and others v. Union of India and others in Supreme Court of India.