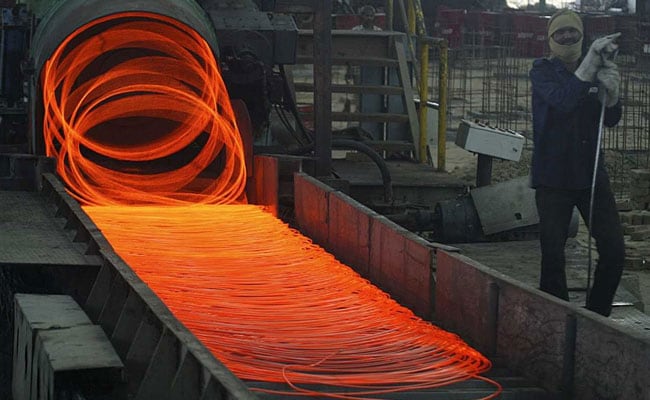 Net profit of Jindal Steel And Power Limited (JSPL) jumped 23 times to Rs 1,900.51 crore in the January-March quarter of the fiscal year 2020-21 on a consolidated basis, compared to Rs 82.13 crore in the same quarter of the previous fiscal. The growth in profit was majorly driven by better steel prices, lower interest expense and stronger sales of the firm in the export market. Jindal Steel and Power said that it will double its steelmaking capacity at Angul in Odisha to 12 million tonnes per annum.

According to a regulatory filing by the company to the stock exchanges, Jindal Steel and Power's total revenue from operations during the March quarter stood at Rs 11,880.61 crore, compared to Rs 6,795.18 crore in the corresponding quarter of the previous fiscal year. (Also Read: Jindal Steel And Power To Divest Coal-Fired Power Business, Stock Edges Lower )

In its statement, Jindal Steel and Power said that an improved performance across steel, power, as well as overseas mining operations in the fourth quarter of fiscal 2020-21, resulted in the company reporting the highest ever consolidated gross revenue of Rs 13,190 crore. Additionally, strong operational performance, along with a better pricing environment resulted in the consolidated EBITDA touching a new record of Rs 5,287 crore.