Fares are applicable for one way journeys in Economy on select flights within India operated by Jet Airways, according to Jet Airways. 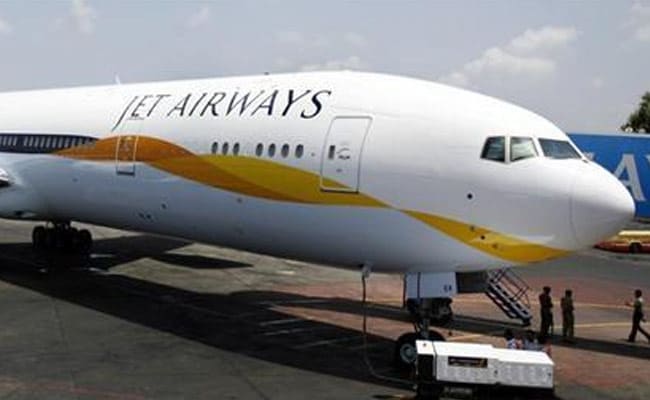 Jet Airways offers Economy class tickets starting at Rs 1,348 on select flights, according to its website

Amid high competition among airline operating in the Indian market, Jet Airways was offering fares starting at Rs 1,106 on select domestic flights. According to Jet Airways' website - jetairways.com, the airline was offering an all-inclusive one-way fare of Rs 1,106 on Economy class tickets on the Delhi-Lucknow sector. Travel must commence on or after January 1, 2018, Jet Airways said on its website. A search on the Jet Airways bookings portal on Saturday showed Economy class tickets on flights from Delhi to Lucknow in early January were available for booking from Rs 1,348. 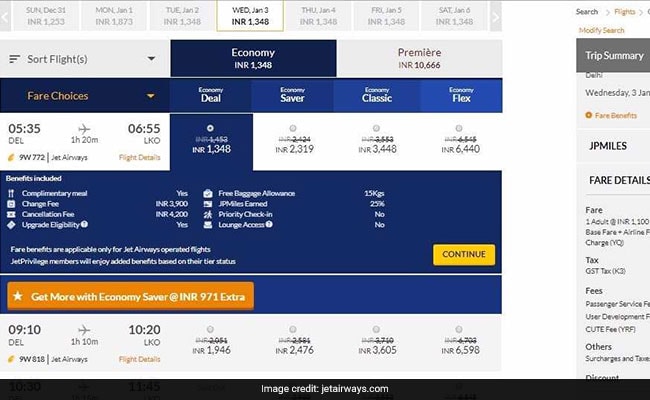 Here are five other things to know about Jet Airways' offer:

Fares are applicable for one way journeys in Economy on select flights within India operated by Jet Airways, the airline noted on its website.

Tickets are valid for 12 months from the date of commencement of the journey, it noted.

"Jet Airways reserves the right at any time, without prior notice to add, alter, modify, change or vary all or any of these terms and conditions or to replace wholly or in part, the above offer by another offer, whether similar to above offer or not, or to withdraw it altogether," it mentioned.

Here are some one-way fares offered by the airline, as shared on its website:

Airlines operating in the domestic market offer discounts around the holiday season to attract passengers during a period marked with high demand, say analysts.

Domestic airlines carried 954.45 lakh passengers in the first 10 months of 2017 (January-October), as against 813.70 lakh in the corresponding period of the previous year, registering a growth of 17.30 per cent, according to data from aviation regulator DGCA (Directorate General of Civil Aviation).
Comments
Jet Airways