The investment would allow Bira, which has posted losses in recent years and has been hit by the COVID-19 pandemic, to break even in the 2022 fiscal year which starts in April 2021, Mr Jain said. 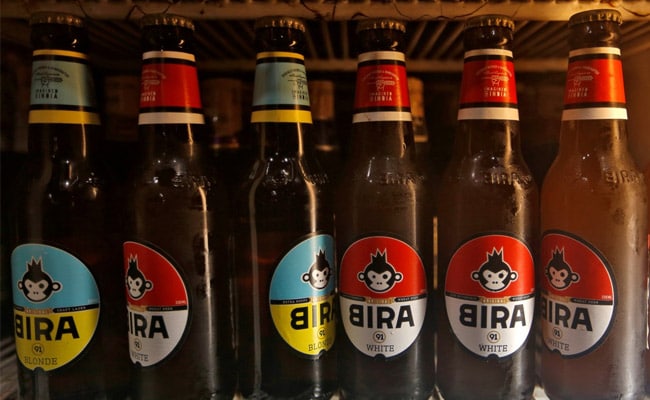 Japan's beer maker Kirin Holdings will invest $30 million in New Delhi-based B9 Beverages, the companies said on Monday, as it seeks to secure a spot in India's growing craft beer market amid falling sales at home.

The Japanese brewer will acquire a stake of under 10 per cent in B9, the maker of India's popular craft beer Bira, a Kirin spokesman and Bira CEO Ankur Jain told Reuters. They declined to give further financial details.

B9 had been in talks with international brewers - including Kirin - and other investors to sell a stake of up to 20 per cent in the company, Reuters reported in August.

The investment would allow Bira, which has posted losses in recent years and has been hit by the COVID-19 pandemic, to break even in the 2022 fiscal year which starts in April 2021, Mr Jain said.

"The companies will be exploring business synergies," Jain said, adding that the investment would allow Bira to accelerate plans to launch its products in Japan later this year.

Mr Jain added that he expects the deal to be closed over "the next few days" and that talks were also underway with a view to selling a further 10 per cent stake in Bira to financial investors.

An industry source with direct knowledge of the matter said Kirin would take a 9.8 per cent stake, with the second stake sale expected to conclude by March. The source said the Indian brewer is currently valued at around $300 million.

While Bira, launched in 2015, is one of the smallest players in India's broader beer industry, its craft beer offerings have become increasingly popular in recent years. Bira says it has a 5-10 per cent share of the beer market in cities such as New Delhi, Mumbai and Bengaluru.

But its M&A record overseas has been patchy, with the Japanese firm selling its unprofitable Brazilian unit in 2017 to Heineken after losing market share.

Its entry into Myanmar in 2015 has also come under scrutiny amid a probe into its local partner's connections to the military.

U.S.-based Sequoia Capital holds a roughly 45 per cent stake in Bira, while CEO Jain and his family own around 30 per cent.