Japan under fire for sweatshops in disguise 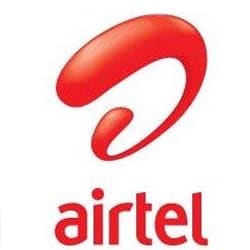 Six young Chinese women arrived in this historic city three summers ago, among the tens of thousands of apprentices brought to Japan each year on the promise of job training, good pay and a chance at a better life back home.

Instead, the women say, they were subjected to 16-hour workdays assembling cellphones at below the minimum wage, with little training of any sort, all under the auspices of a government-approved “foreign trainee” program that critics call industrial Japan’s dirty secret.

“My head hurt, my throat stung,” said Zhang Yuwei, 23, who operated a machine that printed cellphone keypads, battling fumes that she said made the air so noxious that managers would tell Japanese employees to avoid her work area.

Ms. Zhang says she was let go last month after her employer found that she and five compatriots had complained to a social worker about their work conditions. A Japanese lawyer is now helping the group sue their former employer, seeking back pay and damages totaling $207,000.

Critics say foreign trainees have become an exploited source of cheap labor in a country with one of the world’s most rapidly aging populations and lowest birthrates. All but closed to immigration, Japan faces an acute labor shortage, especially for jobs at the country’s hardscrabble farms or small family-run factories.

“The mistreatment of trainees appears to be widespread,” said Shoichi Ibusuki, a human rights lawyer based in Tokyo.

From across Asia, about 190,000 trainees — migrant workers in their late teens to early 30s — now toil in factories and farms in Japan. They have been brought to the country, in theory, to learn technical expertise under an international aid program started by the Japanese government in the 1990s.

For businesses, the government-sponsored trainee program has offered a loophole to hiring foreign workers. But with little legal protection, the indentured work force is exposed to substandard, sometimes even deadly, working conditions, critics say.

Government records show that at least 127 of the trainees have died since 2005 — or one of about every 2,600 trainees, which experts say is a high death rate for young people who must pass stringent physicals to enter the program. Many deaths involved strokes or heart failure that worker rights groups attribute to the strain of excessive labor.

The Justice Ministry found more than 400 cases of mistreatment of trainees at companies across Japan in 2009, including failing to pay legal wages and exposing trainees to dangerous work conditions. This month, labor inspectors in central Japan ruled that a 31-year-old Chinese trainee, Jiang Xiaodong, had died from heart failure induced by overwork.

Under pressure by human rights groups and a string of court cases, the government has begun to address some of the program’s worst abuses. The United Nations has urged Japan to scrap it altogether.

After one year of training, during which the migrant workers receive subsistence pay below the minimum wage, trainees are allowed to work for two more years in their area of expertise at legal wage levels. But interviews with labor experts and a dozen trainees indicate that the foreign workers seldom achieve those pay rates.

On paper, the promised pay still sounds alluring to the migrant workers. Many are from rural China, where per-capita disposable income can be as low as $750 a year. To secure a spot in the program, would-be trainees pay many times that amount in fees and deposits to local brokers, sometimes putting up their homes as collateral — which can be confiscated if trainees quit early or cause trouble.

The Japan International Training Cooperation Organization, or Jitco, which operates the program, said it was aware some companies had abused the system and that it was taking steps to crack down on the worst cases. The organization plans to ensure that “trainees receive legal protection, and that cases of fraud are eliminated,” Jitco said in a written response to questions.

Ms. Zhang says she paid $8,860 to a broker in her native Hebei Province for a spot in the program. She was assigned to a workshop run by Modex-Alpha, which assembles cellphones sold by Sharp and other electronics makers. Ms. Zhang said her employer demanded her passport and housed her in a cramped apartment with no heat, alongside five other trainees.

In her first year, Ms. Zhang worked eight-hour days and received $660 a month after various deductions, according to her court filing — about $3.77 an hour, or less than half the minimum wage level in Hiroshima. Moreover, all but $170 a month was forcibly withheld by the company as savings, and paid out only after Ms. Zhang pushed the company for the full amount, she said.

And as her wages went up, so did her hours, she said, to as many as 16 a day, five to six days a week. Modex-Alpha declined to comment on Ms. Zhang’s account, citing her lawsuit against the company.

As part of the government’s effort to clean up the program, beginning July 1, minimum wage and other labor protections have for the first time been applied to first-year workers. The government has also banned the confiscating of trainees’ passports.

But experts say it will be hard to change the program’s culture.

Economic strains are also a factor. Although big companies like Toyota and Mazda have moved much of their manufacturing to China to take advantage of low wages there, smaller businesses have found that impossible — and yet are still pressured to drive down costs.

“If these businesses hired Japanese workers, they would have to pay,” said Kimihiro Komatsu, a labor consultant in Hiroshima. “But trainees work for a bare minimum,” he said. “Japan can’t afford to stop.”

For almost three years, Catherine Lopez, 28, a trainee from Cebu, the Philippines, has worked up to 14 hours a day, sometimes six days a week, welding parts at a supplier for the Japanese carmaker Mazda. She receives as little as $1,574 a month, or $7.91 an hour — below the $8.83 minimum wage for auto workers in Hiroshima.

Ms. Lopez says Japanese managers at the supplier, Kajiyama Tekko, routinely hurl verbal abuses at her cohort of six trainees, telling them to follow orders or “swim back to the Philippines.”

“We came to Japan because we want to learn advanced technology,” Ms. Lopez said.

Yukari Takise, a manager at Kajiyama Tekko, denied the claims. “If they don’t like it here,” she said, “they can go home.”

Promoted
Listen to the latest songs, only on JioSaavn.com
But after inquiries by a reporter for The New York Times, a company that organizes the trainee program in Hiroshima, Ateta Japan, said it had advised Kajiyama Tekko to recalculate the wages it pays foreign trainees and ordered it to grant the vacation days owed to the trainees.

“They may have pushed the trainees too hard,” said Hideki Matsunishi, Ateta’s president. “But you must also feel sympathy for the companies, who are all struggling in this economy.”