Japan has been attempting to shore up the battered currency as the central bank sticks with ultra-low interest rates, countering a global trend of tightening monetary policy. 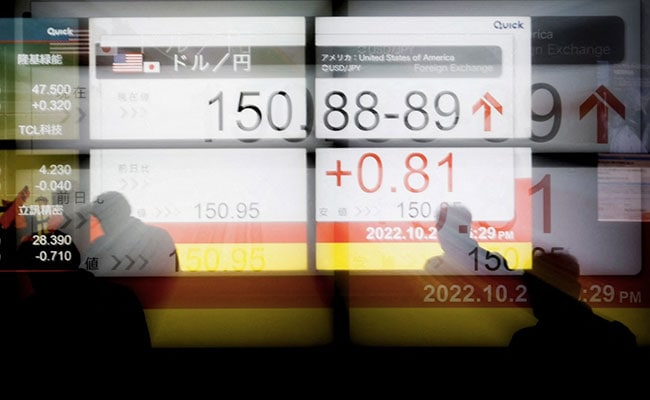 The intervention drove the Japanese currency down more than 7 yen to a low of 144.50 yen.

Japan intervened in the foreign exchange market on Friday to buy yen for the second time in a month after the currency hit a 32-year low near 152 to the dollar, a government official and another person familiar with the matter told Reuters.

Japan has been attempting to shore up the battered currency as the central bank sticks with ultra-low interest rates, countering a global trend of tightening monetary policy and widening the gap between U.S. and Japanese interest rates.

Speaking to reporters shortly after the yen spiked, Japan's top currency diplomat, Masato Kanda, declined to comment on whether the MOF had intervened, according to Jiji news agency.

The MOF also bought yen on Sept. 22, as investors focussed on the widening divergence between the BOJ's ultra-loose monetary policy and the U.S. Federal Reserve's aggressive rate hikes.

Finance Minister Shunichi Suzuki and Kanda have repeatedly signalled the government's readiness to intervene, warning against excessive volatility. Suzuki said before the intervention on Friday the authorities were ready to act "strictly" against speculators.