Jaitley Wanted to be a Chartered Accountant in His Younger Days 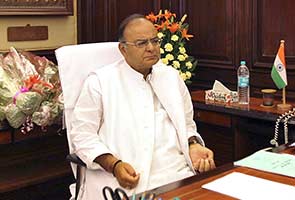 Finance Minister Arun Jaitley on Tuesday said he wanted to become a chartered accountant (CA) in his younger days, but ended up choosing the legal profession as "CA exam was too difficult to pass".

"I started out with a hidden desire of becoming a CA. I strayed into other activities and then preferred Law because at that time also the CA exam was difficult," he said while addressing a function of the Institute of Chartered Accountants of India (ICAI) in Delhi.

"That (CA) exam was difficult to pass... Law was a difficult exam to fail," he quipped.

He said he chose a more comfortable option. "Not that I regret it myself...I have enjoyed every moment in that profession itself."

Promoted
Listen to the latest songs, only on JioSaavn.com
Mr Jaitley, who had been a successful lawyer, stopped practising law in 2009.

The minister also holds the portfolios of defence and corporate affairs.