Jack Ma Gets Warning From China Days Ahead Of Ant's Record IPO: Report

Ant's leadership team was told the company will face increased scrutiny and be subject to restrictions on capital and leverage similar to banks. 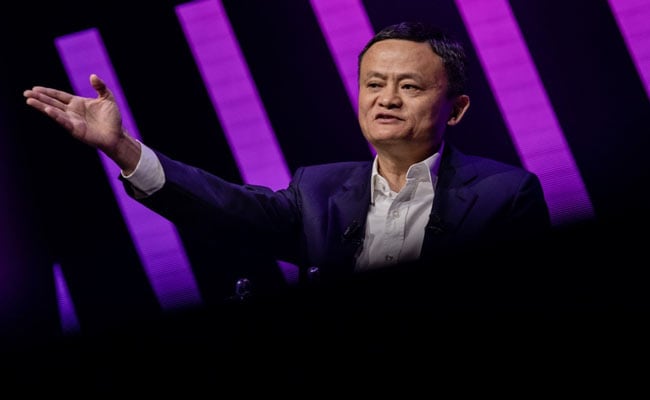 Ma, Ant's billionaire co-founder and one of China's most powerful businessmen, was summoned to a rare joint meeting on Monday with the country's central bank and three other top financial regulators. While neither side disclosed details of what was discussed, people familiar with the matter said Ant's leadership team was told the company will face increased scrutiny and be subject to restrictions on capital and leverage similar to banks.

Few investors will be surprised by the prospect of more regulation given China has already started tightening rules for Ant and other financial conglomerates. But the widely talked-about meeting could temper the frenzy surrounding history's biggest stock-market debut. Ant is due to start trading on Thursday after raising at least $34.5 billion in an IPO that attracted more than $3 trillion of orders from retail investors in Shanghai and Hong Kong.

"Regulatory risks are the biggest risk factor for Ant Group," Kevin Kwek, an analyst at Sanford C. Bernstein, said in a note. "We think the news will only be incrementally negative to the listing and believe most investors will remain optimistic on Ant's positive long term prospects. Investors might nevertheless revisit their assumptions of growth given the clear signs of regulatory intervention."

Ant Chairman Eric Jing and Chief Executive Simon Hu joined Ma at the meeting, which included the banking watchdog, the China Securities Regulatory Commission and the State Administration of Foreign Exchange, according to a CSRC statement on Weibo. The release described it as a "yuetan," or a regulatory warning.

Ant said in a statement it will "implement the meeting opinions in depth" and follow guidelines including stable innovation, an embrace of supervision and service to the real economy.

Ant has been hit with a wave of fresh rules in recent months as China tightens control over online lenders and companies that operate across multiple financial business lines. The measures have included capital and licensing requirements, a cap on loan rates and limits on Ant's use of asset-backed securities to fund quick consumer loans. On Monday, the banking regulator released draft rules that would force Ant and other operators of online lending platforms to fund a greater share of the loans they offer together with banks.

The Hangzhou-based company, a 2010 offshoot of e-commerce giant Alibaba Group Holding Ltd., dominates China's payments market via the Alipay app. It also runs the giant Yu'ebao money market fund and two of the country's largest consumer lending platforms. Other businesses include a credit scoring unit and an insurance marketplace.

Ant has faced censure in Chinese state media in recent days after Ma criticized local and global regulators for stifling innovation and not paying sufficient heed to development and opportunities for the young. At a Shanghai conference late last month, he compared the Basel Accords, which set out capital requirements for banks, to a club for the elderly.

"Good innovation is not afraid of regulation, but is afraid of outdated regulation," Ma said. "We shouldn't use the way to manage a train station to regulate an airport, neither should we regulate the future with the method from yesterday."

A meeting over the weekend of the Financial Stability and Development Committee, presided over by Vice Premier Liu He, stressed the need for fintech firms to be regulated.

Opinion pieces in official newspapers -- including those run by the central bank and banking watchdog -- have faulted Ant for straying from its core payments business and called out big tech for misleading users to consume beyond their means.

Guo Wuping, head of consumer protection at the China Banking and Insurance Regulatory Commission, wrote in commentary on Monday that Ant's Huabei consumer lending service was similar to a credit card but with higher charges. Fintech companies use their market power to set exorbitant fees in partnerships with banks, which provide most of the funds required, he said.

Ant, which has more than 700 million monthly Alipay users, has made partnering with traditional banks a centerpiece of its strategy. Its lending platforms extended credit to about 500 million people in the 12 months through June, charging annualized rates on smaller loans of about 15%.