In 2005, Ali Riaz, then president of a search technology company that would eventually be sold to Microsoft, was having dinner with one of his board members when he admitted that he was struggling with managing everything that running a fast-growing, cutting-edge company entailed.

"I said, 'I feel like there must be a better way to deal with the inflow of pressure,'" Riaz said. "Kids getting bigger, parents getting older, business is growing - just using hard work and natural-born talents was getting hard. I wondered if there were techniques I could use."

The board member suggested he get a coach and offered to make an introduction. Riaz, a smart, driven entrepreneur, thought this was a horrible idea.

"I was a little like, 'I don't need a psychologist, buddy,'" he said. "We Type A entrepreneurs don't talk about this kind of stuff. We solve problems and push ahead."

Yet the board member persisted and several months later, Riaz reluctantly met the coach, Denise Spatafora, who had built and run businesses herself. 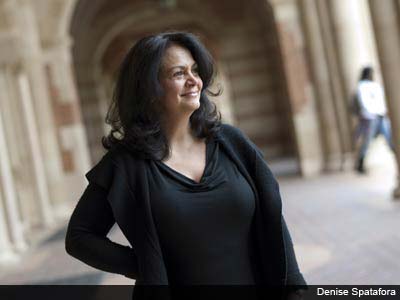 Riaz quickly saw that she had some insight into how entrepreneurs think and how to help them. "I realized at the end of our first conversation that in order to work with her meant work," he said. "In my 25-hour day of work, I realized I didn't have time to work with her."

A few months later, he changed his mind.

The beginning of any year is ripe for self-assessment. It is when gyms fill with new members crowding treadmills and spin classes, for a few months anyway. When it comes to executive coaching, the impulse is not much different: How can I be better?

For entrepreneurs, executives and members of wealthy families who go the coaching route, the experience is expensive, time-consuming and filled with lingering doubts about whether it will really work in the end.

Such coaches, after all, represent a somewhat amorphous profession. They are not psychotherapists who will mine the past for solutions to the present, nor are they strictly business consultants tasked with, say, fixing part of a company. Rather, they are people without prescribed credentials, though often with experience in the client's field, who have won trust through experience or reputation to guide a client to an agreed-upon life, career or business goal.

Spatafora charges individuals $5,000-$12,000 a month. For her corporate clients, which have included Citibank, Google and the satirical website The Onion, the cost can go as high as $200,000.

Marshall Goldsmith, one of the best-known coaches in the field - his clients include Alan R. Mullaly, president and chief executive of Ford, and Frances Hesselbein, former chief executive of Girl Scouts of the USA - charges up to $250,000 for an 18-month engagement but is paid only if all parties involved agree that the coaching worked. (He also does coaching seminars for $35,000 a day.)

Goldsmith said he suggested that people ask several different coaches what their specialties were before telling one coach what they need help with.

Goldsmith said he included himself in that. He knows where he is good: "helping successful leaders achieve positive, long-term change in their behavior for themselves, their people and their teams," he said. Outside of that, he refers people to other coaches with expertise in areas like strategy or business organization.

WANTING TO DO BETTER

Still, why would someone like Riaz, who was already wildly successful, married, with two children and two homes, seek out a coach? Life was good.

Riaz, like many successful entrepreneurs who turn to coaches, wanted to do better. To some this means having more money; to others it means more family time. To still others, it could mean going to the next level in a career, starting a company or simply finding a way to be more present at work and at home.

Goldsmith said that being coached has lost the stigma it had decades ago, of being for underperformers. Now it is seen as being for top performers who want to be better.

There are plenty of skeptics who say the coaching industry overpromises, underdelivers and charges dearly for it. Some go so far as to call it a waste of time and money, and wonder if the coach has any real qualifications.

Ryan Wibberley, co-chairman and chief executive of CIC Wealth Management, said he worked for many years with a well-known coach for financial advisers but ultimately lost confidence in the company and his coach.

"My biggest issue with this program and most coaching programs is they try to make you something you're not," he said. "This program was led by a very successful financial adviser. It was all designed to make you turn into him."

While there are certainly coaches who are not qualified or are churning out the same advice for every client, there are also people who do not respond well to coaching.

Norma Rosenberg, a former executive at Coopers & Lybrand who now leads a chief executive coaching group for Vistage in New York, said she has had to help people leave the group.

"If it's not working, they'll say 'I'm not getting value,'" she said. "That's usually because they haven't been coming to meetings, listening and doing the work. They'll say, 'I'm leaving,' and I'll say, 'If that's best for you, then I want what's best for you.'"

Or as Eric Sheikowitz, senior managing partner at Focus Partners, a coaching firm, put it: "Someone looking for a silver bullet is not the best coaching candidate in the world. There is no quick fix."

For some, the coaching never stops, even when someone has achieved a level of success that has other people asking that person to be their coach. This happened with Mark Matson, founder and chief executive of Matson Money, which manages $5.7 billion.

Matson has sought coaching from experts in his field, including David Booth, chief executive of Dimensional Fund Advisors; from people whose work he admired, like Eugene Fama, a winner of the Nobel in economic science; and from more traditional coaches, like Nancy Duarte, an expert on presentations.

He said Duarte's advice helped him communicate more persuasively with clients and he credited her with helping him bring in $700 million in new money last year.

Now that he is in demand as a coach to financial advisers, he said, he stresses to them: "You can achieve almost anything you want, but most people won't do it because it involves change."

Gretchen Stangier, a financial adviser in Portland, Ore., who has been coached by Matson, said the process helped her.

"I go too fast," she said. "I need to go more slowly and I do coaching to keep me in tune."

She said slowing herself down had allowed her to help clients manage their expectations about their portfolios and their lives more broadly. "Where we get disappointed is when our expectations aren't met," she said. "But the question is, are our expectations realistic? I want my clients to be successful over the long term."