ITC Rallies 7% As Clarity Emerges On GST Proposals. Should You Buy? 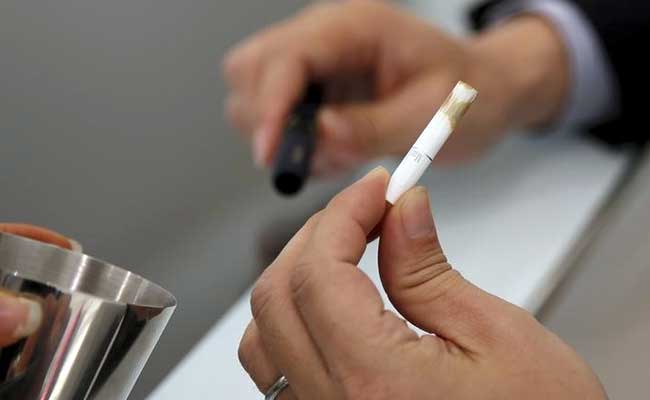 Cigarette makers surged on Friday with ITC gaining more than 7 per cent to an intraday high of Rs 288, a day after the Goods and Services Tax or GST Council approved a proposal to cap cess on demerit goods such as tobacco and cigarettes at 290 per cent or Rs 4,170 per 1,000 cigarette sticks. Other cigarette manufacturers VST Industries, Godfrey Phillips and Golden Tobacco also rose with gains of around 5 per cent. ITC was the top gainer on the Nifty in morning deals, helping the index peek above its important crucial psychological level of 9,200.

A maximum of 15 per cent cess on top of the peak GST rate of 28 per cent will be levied on luxury goods and aerated drinks after the GST Council on Thursday approved a cap on cess along with supporting legislations. The actual cess on demerit goods, which will help create a corpus for compensating states for any loss of revenue from GST implementation in the first five years, may be lower than the cap as the Council has kept a "little" headroom for future exigencies, Finance Minister Arun Jaitley said.

Tobacco cess will be capped at a mixture of Rs 4,170 per 1,000 sticks or ad valorem of 290 per cent. On pan masala, the cess has been capped at 135 per cent ad valorem. No decision has been taken to levy cess on bidis as of now, an official said.

Analysts said clarity from the GST Council on the demerit or 'sin' tax will boost cigarette makers going forward.

AK Prabhakar, head of research at IDBI Capital Markets & Securities, said clarity on the maximum cess limit under GST is good for cigarette stocks. "Previously there was no clarity and now the maximum permissible limit of cess under GST is known. There was more uncertainly before," he told NDTV Profit. "Earlier, these companies had to undergo regular readjustment of prices with every budget."

Mr Prabhakar likes ITC, which, he said, is a "cheap stock valuation-wise". He also said he prefers ITC over Godfrey Phillips as ITC is comparatively more advantageous.

Brokerage Morgan Stanley said it expects ITC to react positively to the development with a 16 per cent upside from Thursday's close.

Promoted
Listen to the latest songs, only on JioSaavn.com
Another brokerage Macquarie said it saw no negative implication from GST cess developments as "more clarification" on cess rates at length was needed.

At 11:35 am, ITC shares were trading 7.1 per cent higher at Rs 287.35, Godfrey Phillips was up 2.32 per cent at Rs 1,314.95 and VST Industries was trading 5 per cent higher at Rs 2,771.90 apiece on the Bombay Stock Exchange or BSE, whose benchmark Sensex index was up 109 points or 0.37 per cent.
Comments
ITC sharesITCGodfrey PhillipsVST IndustriesGST CouncilTobaccoTobacco taxTobacco cessSin taxDemerit cessITC Ltd

HDFC Life Shares Soar Above 7.5% On Inclusion In Nifty 50 Index