With today's surge in IRCTC share price, the market value of the government-owned online railway ticket booking portal, climbed up to Rs 22,613 crore. 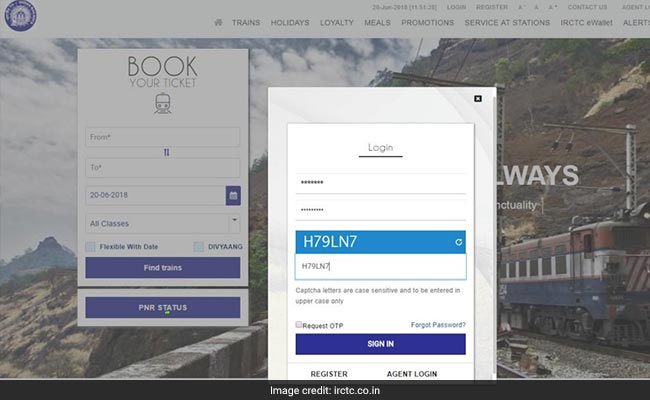 Shares of Indian Railway Catering and Tourism Corporation (IRCTC) surged as much as 14.88 per cent to hit a record high of Rs 1,438.55 on the BSE. The IRCTC share price has been rallying since the last two trading sessions and has outperformed the Sensex by rising over 20 per cent. In today's session, IRCTC shares saw huge trading volumes as 4.69 lakh shares changed hands on the BSE compared to an average of 2.05 lakh shares traded daily in the past two weeks.

With today's surge in IRCTC share price, the market value of the government-owned online railway ticket booking portal climbed up to Rs 22,613 crore.

IRCTC saw huge demand for its shares in the Initial Public Offering in October last year. The IRCTC IPO was subscribed 112 times by the end of the bidding process. Investors bid for over 225 crore shares of the company, compared with 2.02 crore shares on the offer, according to data from the National Stock Exchange.

IRCTC is authorised by the railway ministry to sell Indian railway tickets online, offer catering services, and supply packaged drinking water at railway stations and on trains across India.

Since its listing on the stock exchanges on October 14, IRCTC shares have climbed close to 100 per cent.