Zomato IPO will comprise a fresh issue of Rs 7,500 crore and an offer for sale of Rs 375 crore by existing investor, Info Edge 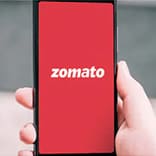 Food delivery giant Zomato has received nod from the Securities and Exchange Board of India (SEBI) for its initial public offering (IPO) at a time when food delivery has witnessed a surge amid the second wave of the COVID-19 pandemic. The IPO will comprise a fresh issue of Rs 7,500 crore and an offer for sale of Rs 375 crore by existing investor, Info Edge. The shares are likely to be listed on BSE and NSE.

Info Edge had earlier planned to offload shares worth Rs 750 crore, but intimated the stock exchanges on Sunday that it would reduce the offer-for-sale by about half to Rs 375 crore. Zomato has not yet officially announced the price band for the IPO.Zomato had filed preliminary IPO papers with SEBI in April.

Zomato was incorporated in the year 2008. Backed by China's Ant Group, Zomato is among the most prominent startups in the country today. According to its official website, Zomato has a presence in 24 countries across the world and employs more than 5,000 people.

Zomato had said, in its draft red herring prospectus, that it intends to utilise the IPO proceeds to fund organic and inorganic growth initiatives and for general corporate purposes.

The Zomato IPO will be the second largest IPO in the last four years after the Rs 10,355 crore offer from SBI Cards and Payment Services. It will also be the first Indian mega startup to go public, with the likes of Paytm, Flipkart and Policybazaar likely to follow suit.