Paytm, which counts China's Alibaba and Ant Group, Japan's SoftBank and Warren Buffett-owned Berkshire Hathaway among its backers, is reportedly looking to raise Rs 12,000 crore through the primary market offering 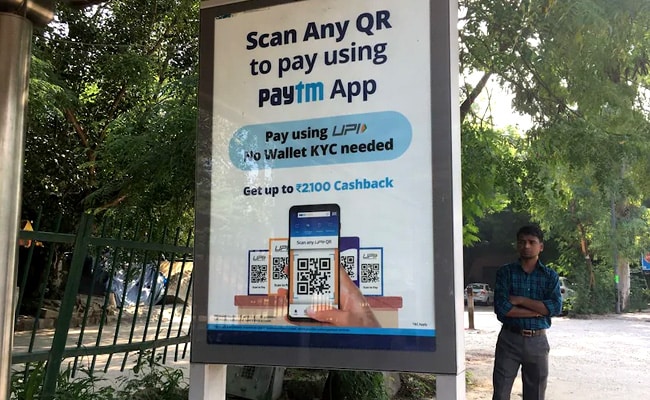 Paytm, formally known as One97 Communications, is likely to file its draft red herring prospectus (DRHP) or offer document with the Securities and Exchange Board of India today, according to reports. Paytm, which counts China's Alibaba and Ant Group, Japan's SoftBank and Warren Buffett-owned Berkshire Hathaway among its backers, is reportedly looking to raise Rs 12,000 crore through the primary market offering.

Paytm will offer new shares and have an option to retain over-subscription of up to one per cent, the Noida-based digital payments company had earlier said in its notice for an extraordinary general meeting (EGM) of shareholders. At the meeting held in Delhi on July 12, Paytm's shareholders approved the plan to raise Rs 12,000 crore through the share sale.

Ant Group and Alibaba own nearly 38 per cent in Paytm's parent company One97 Communications, whereas SoftBank holds 18.73 per cent and Elevation Capital (formerly SAIF Partners), 17.65 per cent.

Zomato had the first mover advantage with regard to listing of mega Indian startups. The restaurant aggregator and food delivery unicorn's Rs 9,375 crore public issue opened on July 14 and will close on July 16. The retail portion of the Zomato IPO was fully subscribed on debut day itself and the anchor investors' segment was subscribed 35 times, which is a testimony to the strong appetite for unicorn IPOs.

Other homegrown companies such as Flipkart, Ola, Nykaa E-Retail and Policybazaar are also waiting to ride on the IPO bandwagon in this calendar year.

Paytm was started in Noida in the year 2009 as a platform for mobile recharging. It grew exponentially after being listed by ride-hailing company Uber as a payment option and the demonetization-led boost for digital payments in the year 2016 further fuelled the fortunes of the nascent company.

In the course of time, Paytm has branched out into insurance and gold sales and ticketing.

An initial public offering (IPO) is a process wherein a private company transforms into a publicly listed entity by offering shares to the public. Companies raise funds through IPOs for many reasons such as expansion, clearing debt and funding corporate expenses.

A draft red herring prospectus (DRHP) or offer document marks the beginning of the IPO process. It contains details about the company, promoters and the proposed IPO, based on which the market regulator approves the listing.