Investing Gurus Speak Out On Future Of Stocks: 5 Quotes You Shouldn't Miss

Here's what global experts had to say about the recent market sell-off and what you can learn from them. 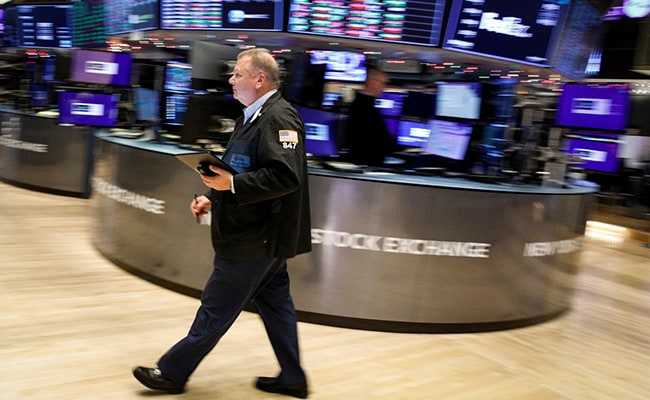 The US Federal Reserve plans to pull back its support to the American economy in March 2022.

The recent sell-off on the back of interest rate hikes and high inflation in the global markets has made investors anxious.

The US Federal Reserve plans to pull back its support to the American economy since the start of the pandemic, in March 2022.

Omicron has affected industries all over the world.

Tensions over Russia's threat to invade Ukraine – and the likelihood that US will retaliate with sanctions – is another threat to the market.

It's no surprise that investors are worried about geopolitical tensions, rising crude oil prices, supply chain constraints, inflation, the never ending pandemic. They're left pondering where the market is headed.

At times like these, it's important to listen to what renowned market gurus have to say.

Listed below are some quotes by legendary global gurus on current market trends and what to expect going ahead.

‘Trying to time the market is a fool's errand'.

The chairman of Bridgewater Associates, Ray Dalio, in an interview last month, said most people are simply ill equipped to predict which stocks will rise and which will fall and then invest accordingly.

Ray Dalio has a very simple analogy to explain the very concept.

According to the billionaire investor, it may be better to try to beat Usain Bolt in a footrace or Michael Phelps in the pool than to try to time the stock market because it's more difficult than competing in the Olympics.

Individual investors often fall for these same traps over and over.

It's easy to listen to those who say you should buy and hold for the long term when you're in a bull market, which we've seen for a long time now.

In reality, when the market begins to fluctuate, volatility goes up. People start freaking out. Sticking to your guns becomes much more difficult.

From the very beginning, investors should stick to their investment strategy when the market gets volatile.

There are ample number of studies about how you'd have done terribly if you missed the 15 or 20 best days of the stock market. You may have stayed invested for each one of the remaining days for 10 to 15 years. But if you missed the best 15-20 days, your returns would have looked terrible.

This is why Ray Dalio advises you to not time the markets.

According to Forbes, Dalio has an estimated net worth of $20 billion as of January 2022, ranking him 88th on their billionaires list and 36th on the Forbes 400 list.

‘Reducing market exposure through ill-conceived selling – and thus failing to participate fully in the markets' positive long-term trend – is a cardinal sin in investing'.

This is what Howard Marks wrote in his latest memo to the clients of his investment firm, Oaktree Capital Management, titled ‘Selling Out'.

In the memo, Marks asks one very important question - Why sell something you think has a positive long-term future to prepare for a dip you expect to be temporary?

Just because things are tough right now doesn't imply you should liquidate your holdings.

Marks is of the view that one should not sell something just because it has gone up. He says investors have the tendency to book profits in stocks that have gone up because they love seeing a notional profit being converted into a real one.

However, this is a mistake because the investor will put both the principal as well as the profits back to work and will end up taking the same amount of risk.

Therefore, selling just because something has gone up is not the right way to go about it.

What about selling a stock after it has gone down a lot?

Again, selling for just this reason is not a good idea. If you are selling out of panic, you are giving the buyer an opportunity to buy into what could possibly be an undervalued asset.

Therefore, the buyer is outperforming at your expense and you end up having poor long-term returns. Hence, selling just because something has gone down 40%-50% from its highs is not the way to go.

He further adds, ‘Selling without reason things that have fallen, turning negative fluctuations into permanent losses, and missing out on the miracle of long-term compounding'

When investors uncover an investment that has the potential to compound over time, one of the hardest things to accomplish is to be patient and hold the position for as long as it is reasonable based on the expected return and risk.

The current musing is highly relevant due to economic uncertainty, as the world struggles to shrug off the worst effects of the Covid epidemic while falling into an inflationary environment.

Here's one of the most important lines from his memo -

In other words, the decision to trim positions or to sell out entirely comes down to judgment...like everything else that matters in investing.

Howard Marks is a famous writer and American investor. He is the co-founder and co-chairman of Oaktree Capital Management, the largest investor in distressed securities worldwide.

‘The current sell-off in stocks looks eerily like the crash that triggered the great depression'.

Veteran investor Jeremy Grantham feels the current sell-off in stocks is ‘eerily' familiar to the 1929 Wall Street crash, that caused the Great Depression.

The Great Depression was a severe worldwide economic depression that took place mostly during the 1930s, beginning in the United States.

The event caused havoc on Wall Street and wiped out millions of investors. Over the next several years, consumer spending and investment dropped, causing steep declines in industrial output and employment.

Grantham is quite bearish and believes that a US ‘superbubble' is about to implode.

As per Grantham, the steep drop in some of the stock market's ‘flaky' areas has followed the pattern of previous blowouts, including the dotcom bubble in 2000.

Moreover, the recent global spike in stock prices has sparked off a debate about a probable bubble in stock markets.

Legendary investor is quite famous for his pessimism about the stock market in general. In the past he has made some notable calls, for instance, the Japanese real estate & equity bubble and the 1990's dot-com rise and fall.

‘The stock market, and risk assets broadly, have been supported for over a decade by the Fed's balance-sheet expansion. As we move into tapering and ultimately raising interest rates, it's turning into rougher waters for markets'.

Jeffrey Gundlach sees ‘rough waters' ahead for the financial markets because the Federal Reserve is poised to expedite the termination of quantitative easing and proceed with interest rate hikes.

As per Jeffrey, over the last ten years, the bull run in the markets and other riskier assets were backed by the Fed's balance-sheet expansion.

To achieve its goals, the Fed employs a variety of programmes and initiatives, which usually result in a change in the composition of the Fed's balance sheet.

The Fed can alter the amount and scope of assets and liabilities on its balance sheet, thereby increasing or decreasing the money supply in the economy.

However, Gundlach believes that Fed's decision to hike interest rates in March 2022 will hurt the market sentiment.

The rate hikes are essentially a move towards normalisation.

Jeffrey Gundlach is an American investor and businessman. He is the cofounder of mutual fund company, DoubleLine Capital, which manages more than $140 billion in assets.

‘In a market downturn, momentum investors cannot find momentum, growth investors worry about a slowdown, and technical analysts don't like their charts. But the value investing discipline tells you exactly what to do'.

Klaram firmly believes that whatever strategies an investor adopts during a market sell-off generally fails to produce returns, except one value investing.

Whereas, momentum investors follow short-term approach. Despite high positive average returns across a wide range of asset classes, momentum strategies can suffer from unexpected and prolonged strings of negative returns.

Seth Klarman is an American billionaire investor, hedge fund manager, and author. Also, he runs Boston-based firm Baupost. With $30 billion under management, Baupost is one of the largest hedge funds.

Klarman is an expert in value investing. Interesting fact, his book ‘Margin of Safety,' a cult classic among investors, sells for as much as $2,500 on Amazon.

When markets are volatile, most people have no idea where to begin with when it comes to investing.

Fortunately, we can learn and gain knowledge from these great investors. The above-mentioned investors have nearly two decades of experience in their respective field.

If you are nervous or scared of investing in stock markets due to recent correction, then look at these quotes for reassurance and everything will work out well in the long run.

As an investor, you should try to live your life according to these philosophies to earn better returns.

To be a successful investor like them, one needs to put in the time, learning about companies, reviewing financial statements, studying investing strategies, and identifying reliable resources.