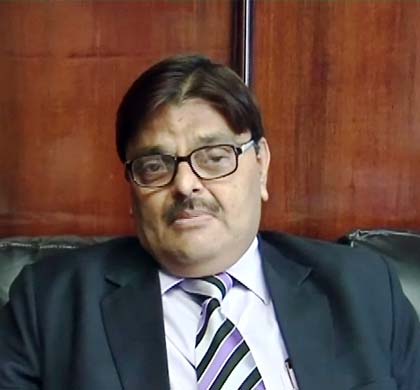 Shaky economies in Europe and the United States and a growing consumer preference for Apple Inc's iPad tablets have been taking a toll on the PC industry.

The world's leading chipmaker on Tuesday cut its 2012 revenue growth forecast to between 3 and 5 per cent, down from a prior forecast of "high single-digit growth." That put Intel's outlook in line with many investors' recently reduced expectations and helped cushion a sell-off of its stock.

"As macro events have transpired in the second quarter, people looked at the original high single-digit guidance as being stretched," said Craig Ellis, an analyst at Caris & Company. "The Street would have been concerned had they stuck with that guidance - but they didn't."

Fears that global PC sales may be worse than expected have helped push Intel's shares down about 10 per cent since the end of April. Intel's stock has recently traded around 10 times expected earnings.

"At the beginning of the year we would have expected, along with most economists, that economic growth would start picking up and that would lead to an increase in consumer sales. Those expectations are now more muted," Smith said in an interview after Intel posted its second-quarter earnings.

Intel forecast current-quarter revenue of $14.3 billion, plus or minus $500 million. Analysts on average had expected $14.60 billion, according to Thomson Reuters I/B/E/S.

GAAP net income fell to $2.8 billion from $2.95 billion in the year-ago period. GAAP earnings per share were 54 cents, below analysts' average forecast of 52 cents.

China and other emerging markets have been a key source of growth in recent quarters for chipmakers Intel and AMD, and PC manufacturers like Lenovo and Acer, helping make up for weakness in the Europe and the United States.

Smith said global enterprise IT spending was expanding as expected, more due to the buildout of data centers powering the Internet than tech infrastructure upgrades by banks or other corporations.

Doug Freedman, an analyst at RBC, said Intel's forecast for the current quarter was less than typical for this time of year.

"Normal seasonal PC demand would show Q3 growth of at least 9 to 10 per cent and Intel's guidance is comfortably below that," he said.

Intel supplies processors for 80 percent of the world's PCs but it has yet to make significant progress in fast-growing tablets or smartphones, products that use chips based on technology from British-based ARM Holdings.

While the tablet market is still small, demand for the devices is growing much more quickly than for PCs. Shipments of tablets including Apple's iPad are expected to grow 90 per cent this year, according to IHS iSuppli.

Intel is heavily promoting a new category of "Ultrabook" laptops with premium features like solid-state drives that it hopes will add some zest to a PC market that some see as lackluster compared to tablets and smartphones.

Many analysts are concerned that touch screens and other high-end features on upcoming Ultrabooks, made by Dell Inc, Asus, Hewlett-Packard Co and others, will make them too expensive for some consumers.

Executives on the conference call suggested Intel has no plan to reduce its chip prices to make Ultrabooks more affordable, a move that would hurt gross margins.

Intel maintained a prediction that by year-end, 40 percent of all consumer laptops sold will be Ultrabooks.

In the short-term PC sales may slow as some consumers consider putting off new purchases until Microsoft launches its new Windows 8 operating system, expected in October.

Shares of Intel fell 1.5 per cent in extended trading before paring losses. It had ended about 1 per cent higher at $25.38 on Nasdaq.