INR Vs USD: The Finance Ministry said the government and RBI 'will do everything' to ensure that rupee does not slide to 'unreasonable levels'. 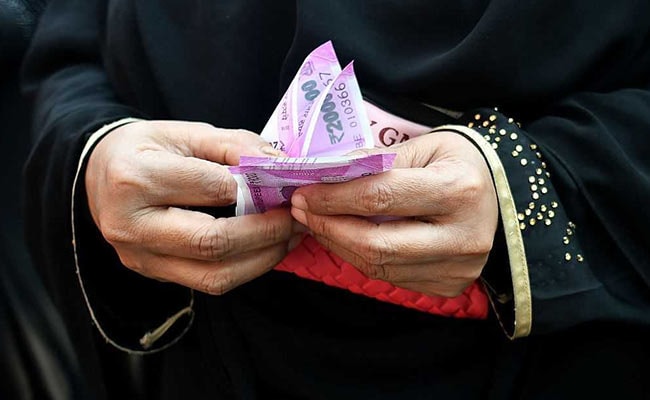 INR vs USD: The rupee has been hitting multiple lows almost every day this month.

Forex markets are closed on Thursday on account of 'Ganesh Chaturthi', news agency Press Trust of India (PTI) reported. On Wednesday, the Indian currency closed sharply higher, cooling off from all-time lows registered in recent sessions. Rupee rebounded from the historic low of 72.91 to end higher by 51 paise at 72.18 against the US dollar after the finance ministry assured of steps to avert its fall to 'unreasonable levels'. That marked its biggest single-day rise since May 25. According to analysts, suspected intervention by the Reserve Bank of India (RBI) and weakness in the dollar overseas also led to a rebound in the currency.

Here are key things to know:

1. The Finance Ministry said the government and the central bank 'will do everything' to ensure that rupee does not slide to 'unreasonable levels'.

2. According to a PTI report, the Indian currency has been caught in a free fall for last few sessions and tagged among the worst performing currencies in Asia having weakened by a steep 13.81 per cent since the beginning of the year.

3. The rupee has been hitting multiple lows almost every day this month. It has weakened about 12 per cent this year, according to a report by news agency Reuters.

4. Meanwhile, consumer inflation eased to 3.69 per cent in August, below the Reserve Bank of India's medium-term target of 4 per cent, according to official data released post-market hours on Wednesday.

5. Retail inflation cooled to a 10-month low in August on cheaper food items while industrial output expanded by 6.6 per cent in July, the official data showed. Food inflation slowed to 0.29 per cent from a year earlier, against 1.37 per cent in July. (With agencies inputs)