Whistleblowers accused CEO Salil Parekh of leading an effort to shore up profits through irregular accounting. 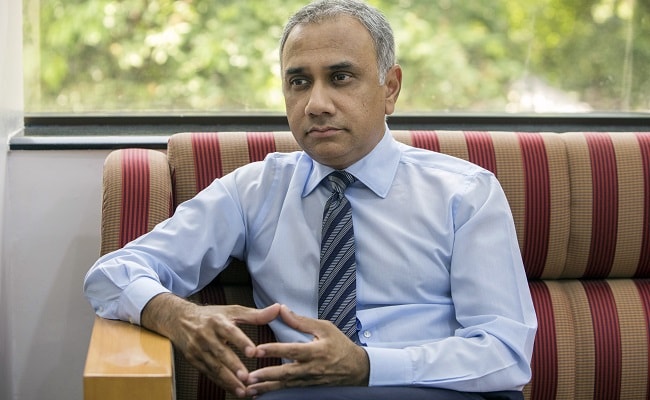 Infosys Ltd.'s shares plunged to a 10-month low in New York after whistleblowers accused Chief Executive Officer Salil Parekh of leading an effort to shore up profits through irregular accounting, turning up the heat on an IT services giant that endured internal turmoil just two years ago.

The letter, addressed to the board and published by the Deccan Herald, charged Mr Parekh with "unethical practices" to boost revenues and profit in recent quarters, anonymous whistleblowers wrote in a memo titled "Disturbing unethical practices." They asked the board to investigate and take immediate action, offering to provide emails and voice recordings to support their allegations. Infosys said in a statement its Audit Committee will look into the accusations and handle the matter in accordance with policy. Its American Depositary Receipts slid more than 12 per cent, their biggest single-day fall since 2013.

The complaint dated September 20 is the latest in a series of whistleblower complaints that wrought havoc at Asia's second-most valuable IT services firm, triggering the exit of previous CEO Vishal Sikka after a confrontation with co-founder Narayana Murthy. The company, a symbol of India's early technological boom, had gained more than 15 per cent of market value this year as it stabilized the business with a transition toward automation. Chairman and co-founder Nandan Nilekani had only just proclaimed last year that Infosys had become "boring again."

The allegations "could severely damage the company's pristine brand if true, especially in the IT services industry," Bloomberg Intelligence analyst Anurag Rana wrote. "It could also hurt short-term sales, as clients may look for other providers for newer projects."

The allegations come as Infosys and larger rival Tata Consultancy Services Ltd., which build software and provide services to some of the world's largest banks and retailers, navigate an increasingly difficult business environment. The industry is grappling with a trend toward automation and rapid technology changes.

This month, Infosys posted a 2 per cent fall in quarterly profit after nervous clients held off on spending and growth in traditional service contracts stalled. That underscored the challenge for Mr Parekh, who has pledged to drive growth in digital services, re-energize core offerings, re-skill employees and hire locally in a key US market where a tightening H-1B visa regime is making it more difficult to import labor. Tata Consultancy also posted earnings that lagged projections.