Sikka has been under fire from Murthy for flying private charters to meet customers and setting up an office in Palo Alto. 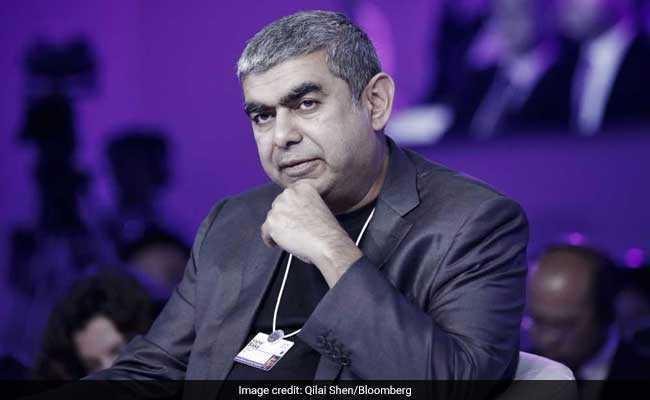 Sikka will focus on strategic matters and receive an annual salary of $1.

Infosys Ltd. said Vishal Sikka has resigned as chief executive officer after heightened acrimony between the board and its cohort of founders led by former chairman NR Narayana Murthy.

Pravin Rao, currently chief operating officer, will become interim CEO with Sikka to become executive vice chairman until a permanent replacement is hired, Bangalore-based Infosys said in a statement Friday. Sikka will focus on strategic matters and receive an annual salary of $1. Shares of Infosys fell as much as 7.6 percent .

Infosys has been battered by allegations of poor corporate governance by Murthy and fellow founders, including criticism of acquisitions and executive pay. Sikka's exit marks a blow to the company as it struggles with challenges including rapid industry changes and evolving needs of a customer base that includes Goldman Sachs Group Inc. and Daimler AG.

Sikka is unusual for an Infosys CEO in that he isn't one of the founders and is also based in the U.S., where the company gets nearly two-thirds of its revenue. He has been under fire from Murthy for flying private charters to meet customers and setting up an office in Palo Alto.

"The board understands and acknowledges Dr. Sikka's reasons for resignation, and regrets his decision," Infosys said in a statement. "The board denounces the critics who have amplified and sought to further promote demonstrably false allegations which have harmed employee morale and contributed to the loss of the company's valued CEO."

Infosys has been trying to haul itself out of a growth slowdown and has just been able to keep pace with industry growth numbers recently. The resignation now adds leadership instability.
Comments
InfosysVishal SikkaVishal Sikka resignation