Mr Nilekani's statement came on a day a report on the sacking of "non-performing employees" emerged. 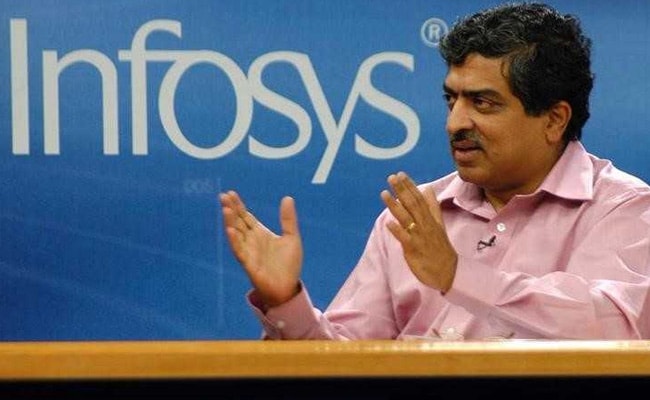 Infosys Chairman Nandan Nilekani, in a con-call on Wednesday with investors on allegations of unethical practices against its top management by anonymous whistleblowers, said "even God can't change the numbers of this company". The IT major had "very strong processes", said Mr Nilekeni, addressing allegations that the company's top bosses hid information from auditors to boost its revenue and mask losses.

"I think Infosys has very strong processes and even god can't change the numbers of this company," Mr Nilekani said. "We have an outstanding finance team with people of highest integrity and they are actually feeling insulted by these accusations... but I do not want to be biased till the investigation report comes out," he added.

Infosys shares ended 2.37 per cent higher at Rs 712.30 following the comments from Mr Nilekani. The stock outperformed the Sensex which ended 0.55 per cent higher.

Mr Nilekani's statement came on a day a report on the sacking of "non-performing employees" emerged.

News agency IANS quoted the company as saying that "as a high performance organisation, involuntary attrition is integral to normal course of business and this (sacking) should not be interpreted as any mass trimming across any level in particular."

The country's second largest IT services exporter is already dealing with aftershocks of whistleblower complaints alleging "unethical practices" and accusing CEO Salil Parekh of leading an effort to shore up profits through irregular accounting.

Earlier in the day, Infosys said it "strongly condemns the mischievous insinuations" made by anonymous sources against the co-founders and former colleagues. "These speculations are appalling and seem to be aimed at tarnishing the image of some of the most accomplished and respected individuals," said Mr Nilekani in a statement.

"I have deep regard for the life-long contribution of all our cofounders. They have built this institution and have served this company selflessly and even today, remain committed to the long-term success of Infosys," he added.

Infosys had said in a separate statement the previous day that it received no evidence to support the allegations in a whistleblower letter from last month.

The company reiterated that an external law firm appointed by its audit committee is conducting an independent investigation in the matter. Infosys further said it would share the outcome of the probe at the relevant time with all stakeholders.