Emphasizing that development and growth are the two priorities, she said this government remains committed to reform. 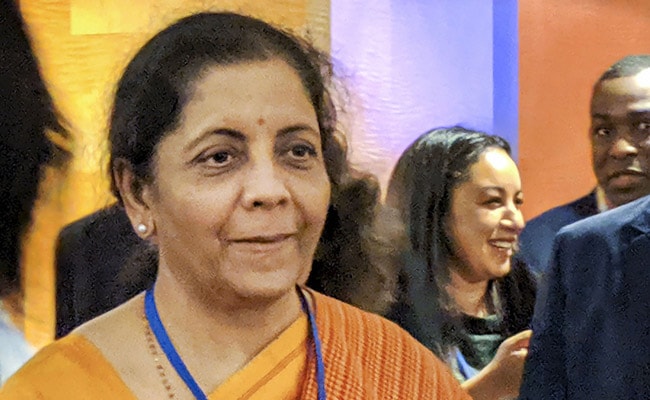 Finance Minister Nirmala Sitharaman on Friday asked India Inc to come out of "self-doubt" mood and unleash the animal spirit as she stressed that steps taken post Budget have started showing some results on the ground.

The government has shown conviction to change India's system, take some tough decisions and make sure it is responsive to industry, she said at industry body Assocham's event here.

According to the minister, major steps taken in the past few years make India stand out in the world and industry is part of the change.

"I would appeal to you that please get out of the mood of self-doubt. Can we do it? Can India do it?... why is this negative mood? Get out of this self-doubt," she said and emphasised that most of the macro-economic indicators are strong.

Inflation has been under control, macro-economic fundamentals absolutely strong, FDI inflow has been strong, foreign exchange reserve is at record high, PSU banks have been professionalised, Ms Sitharaman said.

Her comments assume significance in view of muted private investment and economic slowdown.

"This government does not want businesses to close. We want to help them to be revived by legislative and other administrative changes... we are with you. I want this mood of self-doubt to be completely removed from your minds.

"Believe in India. You have done that for last 100 years. There is a need for all of you do it even more now. You have to be the change agent and don't ask animal spirits to be brought to you. You have inside, get it out," she noted.

Emphasizing that development and growth are the two priorities, she said this government remains committed to reform.

"Several steps (have been) taken post Budget which were essentially responding to the industry and some of them are probably showing some impact on the ground now," she said.

Highlighting some of the steps taken by the government post Budget, she said, liquidity crunch was addressed, capital was infused in public sector banks as well as NBFC sector and professionalization of PSU boards was done.

Besides, the government announced Rs 100 lakh crore for infrastructure sector and provided relief to real estate sector, she added.

Further, the minister said the government has slashed corporate tax in September which has made a difference and a lot of new investments are expected to flow into India.

The Finance Minister also emphasized that the government has brought in transparency and technology in tax collection and eliminate harassment.

With introduction faceless assessment, tax harassment is going to be a thing of past, she added.